Our lack of yellowrumps in the nets continued during the five days of banding this week, but I think I've figured out  the problem. The fruit on our bayberry bushes, 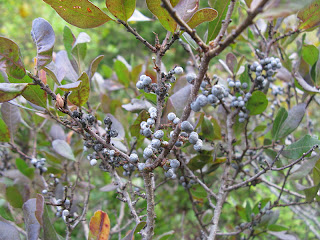 a favorite food of Yellow-rumped Warblers, is practically non-existent. 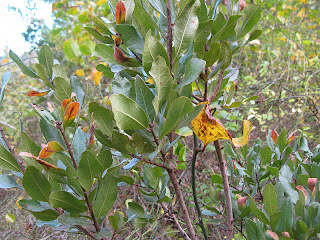 I've scoured the island high and low and can barely find any fruits, normally very abundant in our area. So it bares the question- is this a bad year for bayberries or did the very early release (3 October) of a large number of Northern Bobwhite in our netting area cause the berries to be eaten up before the yellow-rumps migrated through?

We handled 69 birds on Monday, our busiest day and probably nicest weather-wise this week. The majority of HY robins look more like adults so we have to age them now by molt limits in their wing. 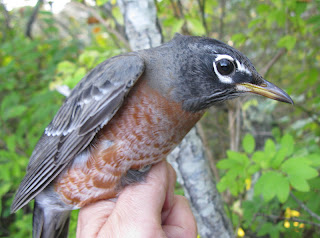 Young Northern Cardinals have also finished molting for the most part and look similar to their parents. Many retain some dark coloring on their bill well into fall and that helps us age them as well, as seen in this HY female below. 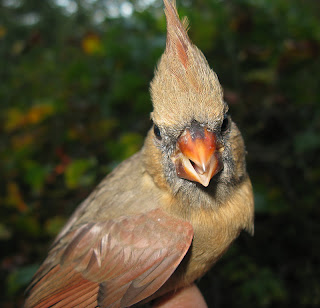 This was our last day for hearing and seeing Eastern Towhees. This adult male was loaded with fat and I'm sure he left for his wintering grounds on Monday night. 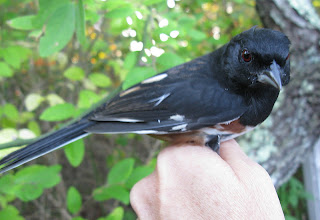 The highlight of the day, however was capturing a Cooper's Hawk, a first for our station! 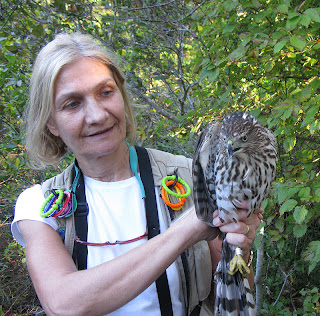 The yellow eyes and vertical stripes identify this bird as a juvenile. 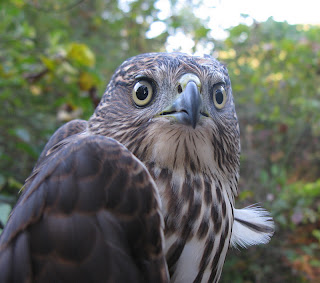 The upperparts are brown with rufous edging and white mottling. 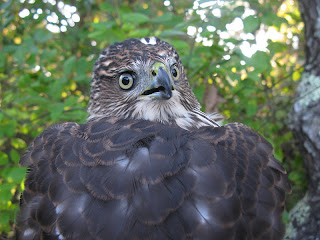 The measurements identified him as a male. What an awesome bird! 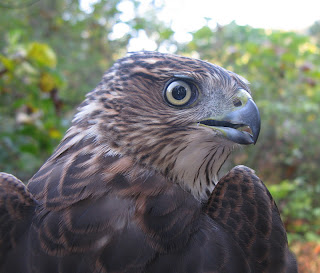 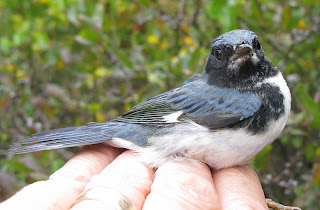 This young male had a molt limit in his wing easy to see between the replaced darker blue-edged greater coverts and the green-edged retained brownish juvenal feathers. 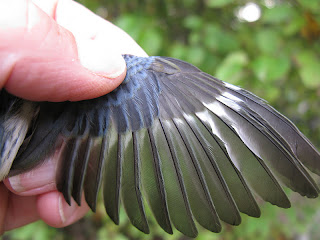 We also banded another Orange-crowned Warbler 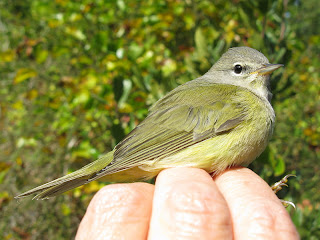 and our first Savannah Sparrow of the year, 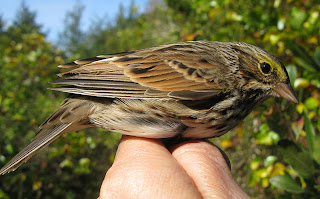 a hatch year bird with it's bright yellow lores. 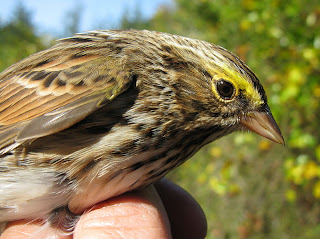 Bird numbers and species continued to decline over the next three days. The winds were high on the 15th and 16th causing us to close our nets early. Our sixth Black-throated Green Warbler was captured on the 16th 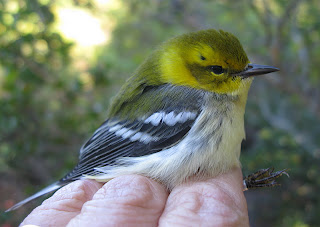 along with a bright male Myrtle Warbler, 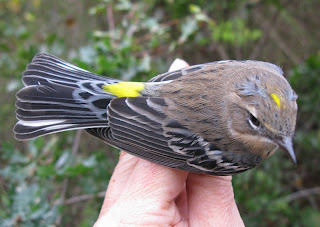 a HY with an easily seen molt limit in his wing between the alula covert and the lower alula feather. 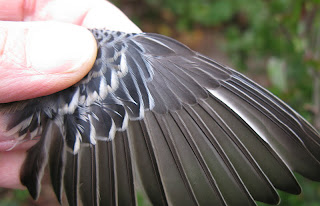 On our last round we netted a Yellow Palm Warbler 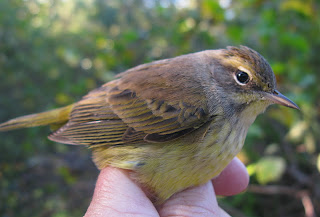 This bird had quite a bit of yellow on it's underparts and larger wing and tail measurements than the Western Palm Warblers we tend to band more often, although we had more Yellows this week. 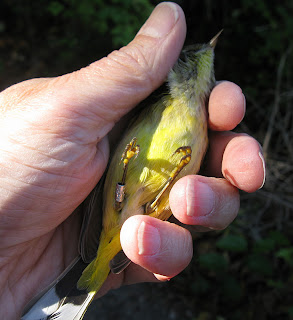 Many thanks to all who helped during this banding period- Jo-Anna Ghadban, Juliet Lamb, Gretchen Putonen, Carolyn Kennedy, Becca Miller, Judith Bruce, and Jessica Rempel.
The following is a list of birds seen, heard, or captured (with numbers) this week.

Super photos, I have so much to learn but this looks like a great place to learn from...You wrote about scarce bayberry fruit; perhaps you know, but a bayberry is either male or female, not both, so many will not have fruit anyway. Just my 2 cents worth.

Thanks for your comments, Doug. Yes, I thought about mentioning that bayberries have both male and female plants, but still compared to other years there are few fruit.