2-16 July
Numbers of birds in our nets began to rise during the first week in July compared to June and by the 2nd week, newly fledged birds were everywhere!

Our first adult Baltimore Oriole appeared on the 2nd still singing during the banding process! This doesn't happen very often to me, but a male Eastern Towhee did the same thing earlier in the season. The male oriole was indeed a very handsome looking fellow. 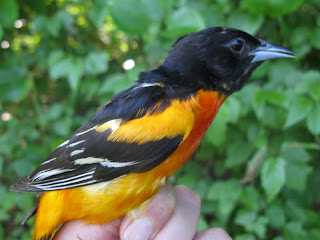 For some reason, orioles (maybe other blackbirds too) will pry open their beak if you put your fingers on either side of it. Their muscles are quite strong! 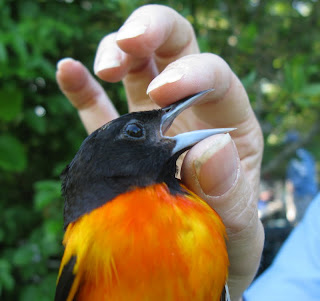 Our first HY (hatch year) baby Prairie Warblers were captured on 2 July, 3 babies in the same net throughout the morning.  If you don't know the species well some young birds can be difficult to identify before molting into their formative feathers. This youngster was halfway there. 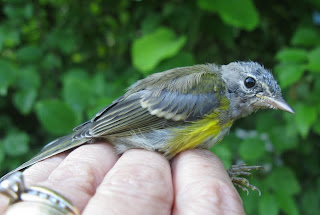 Before molting really young Prairies have grayish plumage, but still have white in their tail feathers. 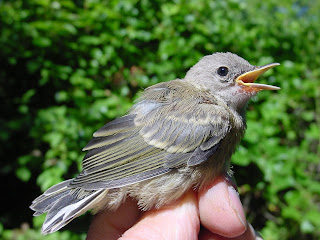 Other young birds this day included a cardinal, still too young to sex. 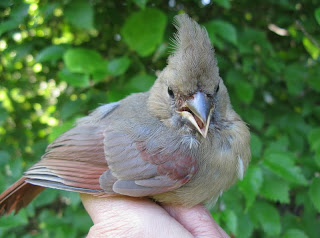 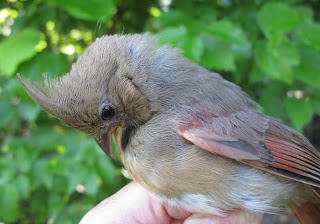 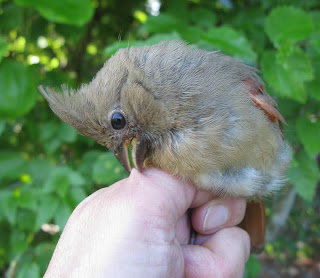 It doesn't hurt quite as bad as the adult would!
Our first HY robin showed up on the first round and was still in full juvenal plumage. 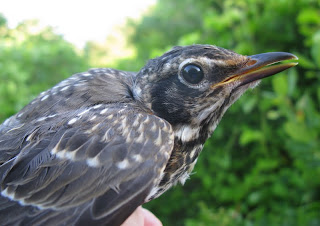 To our delight on 10 July we has our first ever baby Hermit Thrush at Wing Island, still in full juvenal plumage, looking very similar to it's robin cousin above. We've had young Hermits in the past when we ran our MAPS station in the Punkhorn Parklands of Brewster, but previously only had them at Wing Island during the latter half of our fall migration monitoring. 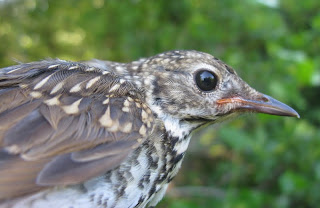 Back on the 5th we captured an older adult Cedar Waxwing 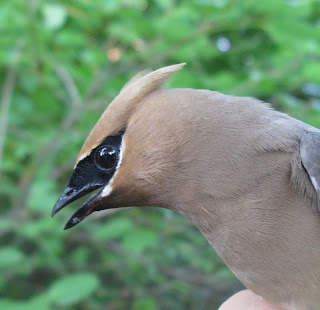 who probably found a fine female to mate with due to the numerous red waxy tips to his secondaries. 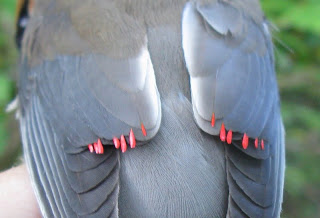 Notice all the streaking to this young female Eastern Towhee, again they look very different from their parents. 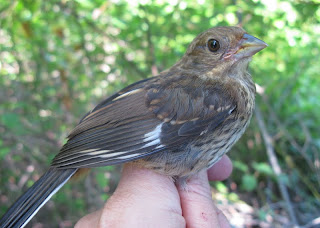 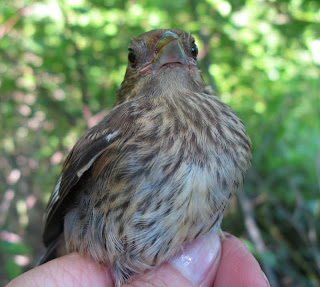 Have you ever wondered what a bird's ear looks like? They are quite large, almost the size of the eye in this case. They don't have ear flaps as we do, but have protective feathers covering the opening from turbulent air during flight yet still allows them to hear. 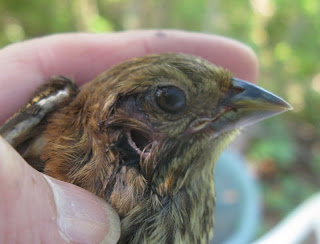 Other babies on the 5th include our first young female Downy Woodpecker, 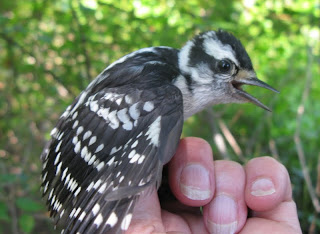 a male Northern Cardinal, further along in its molt compared to the one shown earlier 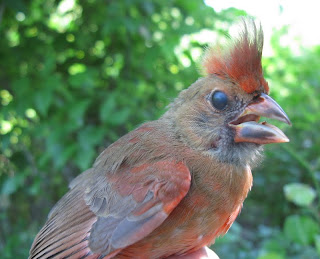 and both male and female White-breasted Nuthatches. First the male with its very black cap 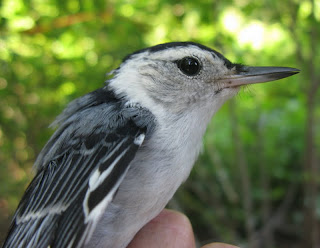 and the female with a gray cap (she seemed a bit younger and a whole lot cuter!) 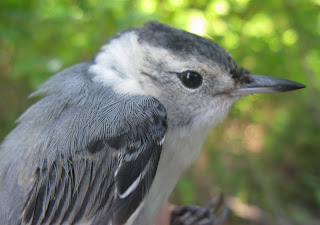 Not sure what she was trying to accomplish but she kept biting her own wing! 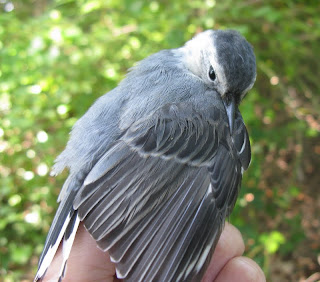 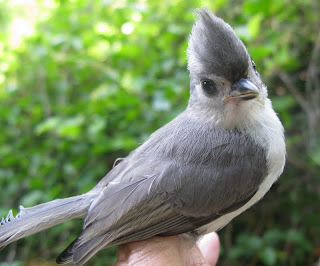 and a young female oriole. 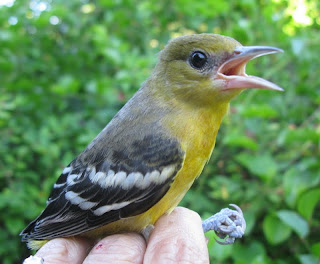 A young male was captured on the 16th. His wings were much longer and he was starting to develop some nice orange tips to his coverts. 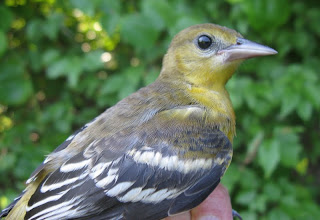 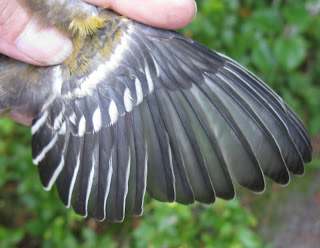 This is about the time of year that we get young starlings as they flock in groups and today was no exception. I kept my fingers crossed that the group circling above would stay there and not all end up in one of the nets! This is probably the best posed starling I've ever had. Usually their mouths are wide open and are squawking at the top of their lungs. 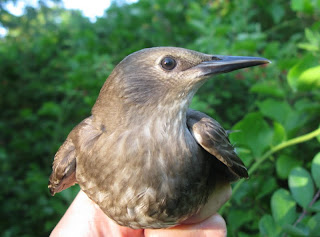 All in all we handled 208 birds of 20 species, 19 of those on the 16th. We went from handling 28 birds on the 2nd to 88 on the 16th! A big thank you to all who helped out- Gretchen Putonen, Jo-Anna Ghadban, Carolyn Kennedy, Judy Keller, and Jessica Rempel. Birds seen, heard, or captured are shown below.