The End is Getting Near

We are nearing the end of fall banding for this year, a sad time for us! Healthy numbers of yellow-rumps are still around, but I'm sure by next week that will change. 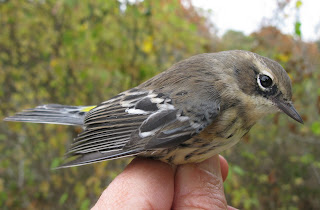 While we have seen an increase in numbers of most birds this year due to high productivity, we have banded less Swamp Sparrows than in previous years. 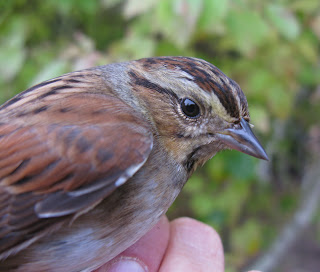 Six juncos showed up this week including this hatch year female. 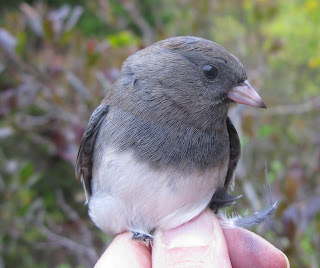 On Friday the 29th we captured this adult male American Goldfinch. Most goldfinches have gone through their yearly molt and are now in basic plumage. 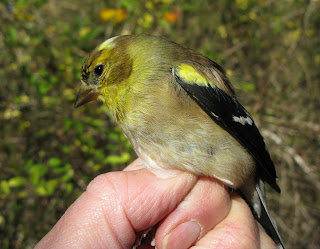 The bright yellow lesser coverts (feathers at the top of the wing) and no buffy tip to the carpal covert indicate adult male. The carpal covert (we call it the CC) sits between the greater and primary coverts and will have a buffy tip in hatch year/second year birds. Adults don't have the buffy tip, although I occasionally see a white tip to the CC in adults. 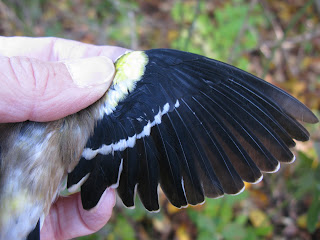 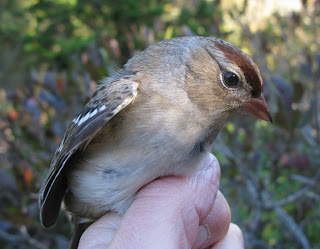 and another Red-breasted Nuthatch on Friday, a male this time of unknown age. 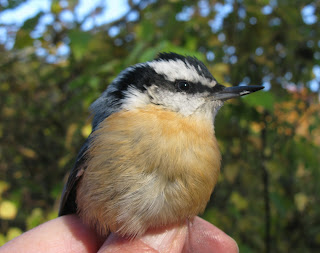 Last week I showed you the female and lack of contrast between the crown and back, but here you can clearly see this contrast in the male. 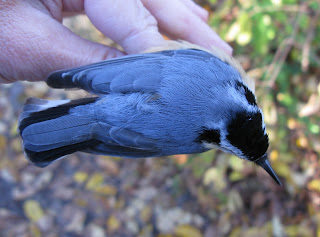 It has been hard lately to get good pictures due to lack of decent light. The birds seem to blend into the background! This was the best I could do with the Lincoln's Sparrow (top photo) and Yellow-breasted Chat (bottom) banded on Saturday. 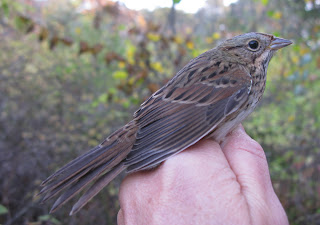 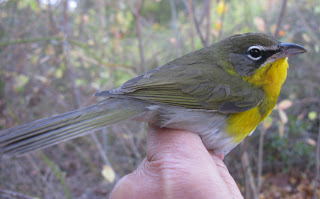 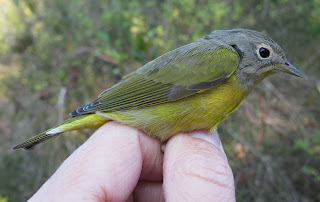 and a Western Palm Warbler. 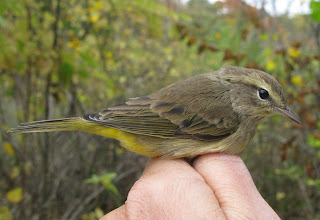 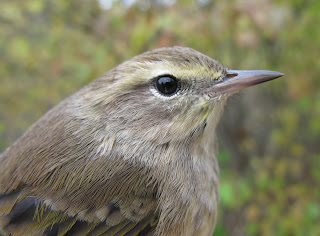 When I got home on Sunday, my husband informed me we had a new tenant in one of our birdhouses, an Eastern Screech-Owl! What a nice way to end the week. It was getting dark when I took this picture. I hope it will stick around. 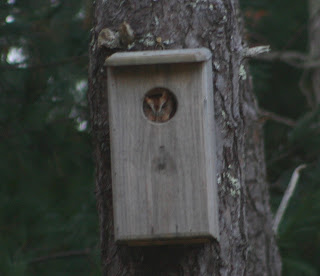 Last year we had a screech-owl occupy the house for only a few days. I don't believe it is the same owl as their facial patterns/colors are different. 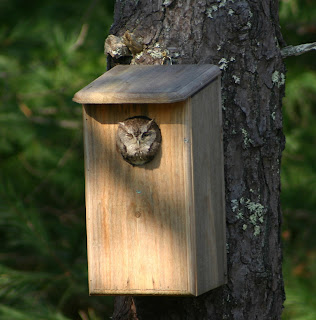 A big thank-you to all who helped this week: Mary Bassing, Peter Brown, Jo-Anna Ghadban, and Gretchen Putonen.
The following birds were seen, heard, or captured between 25-31 October. Numbers reflect captured birds only.