Except for the first couple of weeks of June while we finish up spring migration monitoring, our visits to the mist nets in summer consist of going out once/week to monitor the breeding birds of our area. Spring migration monitoring finished up on 12 June with 323 birds of 41 species. It wasn't a great spring season, most likely due to the windy, cold weather conditions. Numerous easterly winds pushed the migrating birds inland.

We banded our first baby bird of the season on 2 June, a Northern Cardinal. We were unable to sex it at this point while it was still in full juvenal plumage. Young cardinals have very brown bills that will slowly turn to orange as the fall progresses. This bird was quickly processed and returned to his parents straight away. 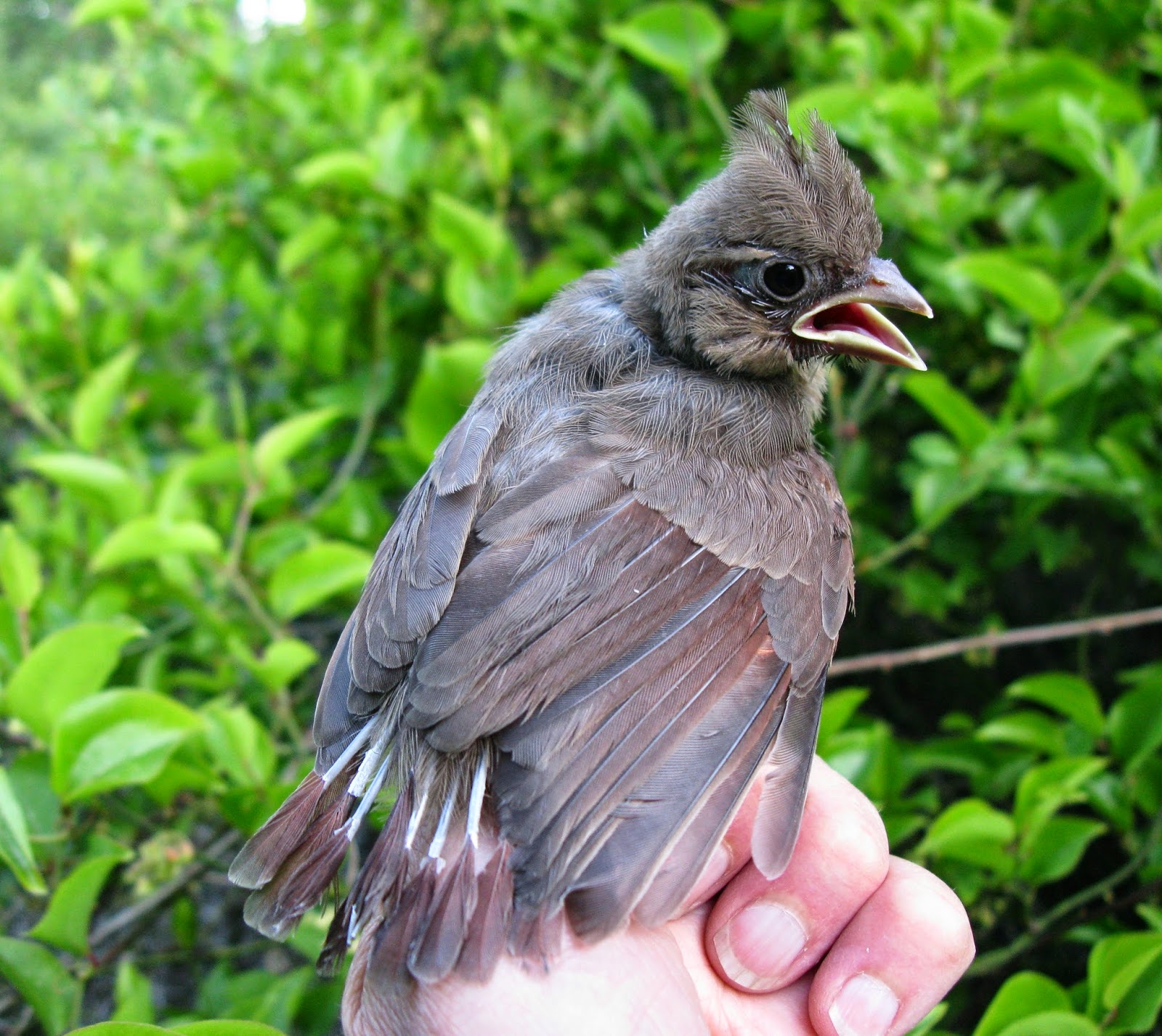 The 6th was a very quiet day, not many birds on the move, with only 16 birds handled and out of those 7 newly banded. The highlight of the day was this SY (second year) female Black-throated Blue Warbler, our latest ever for spring migration at this site. 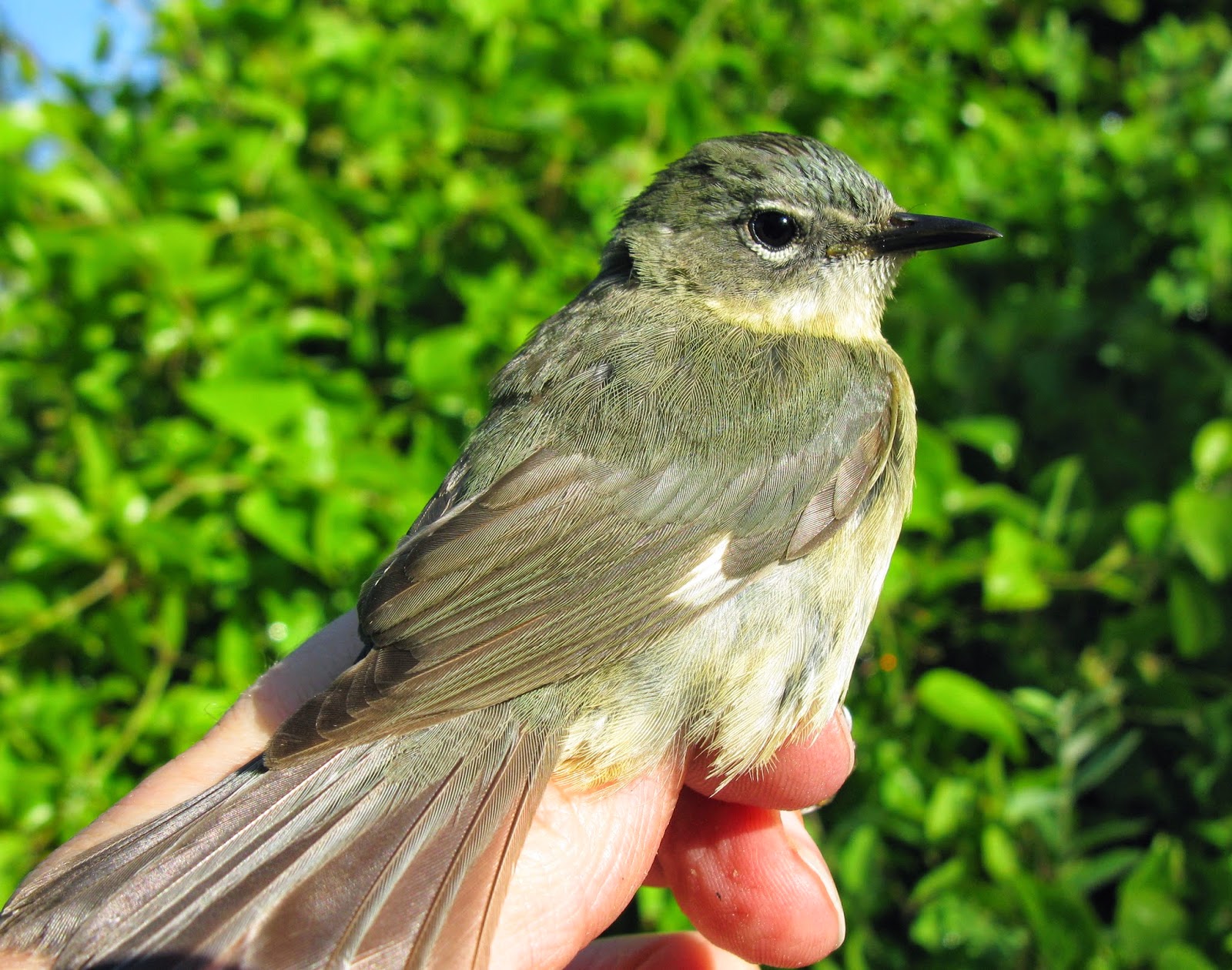 The 8th was a replay, very quiet, but it was nice to recapture an old gal who is at least 6 years old, we first captured her as an adult in 2009. Her dark mask is a sign of her older age! 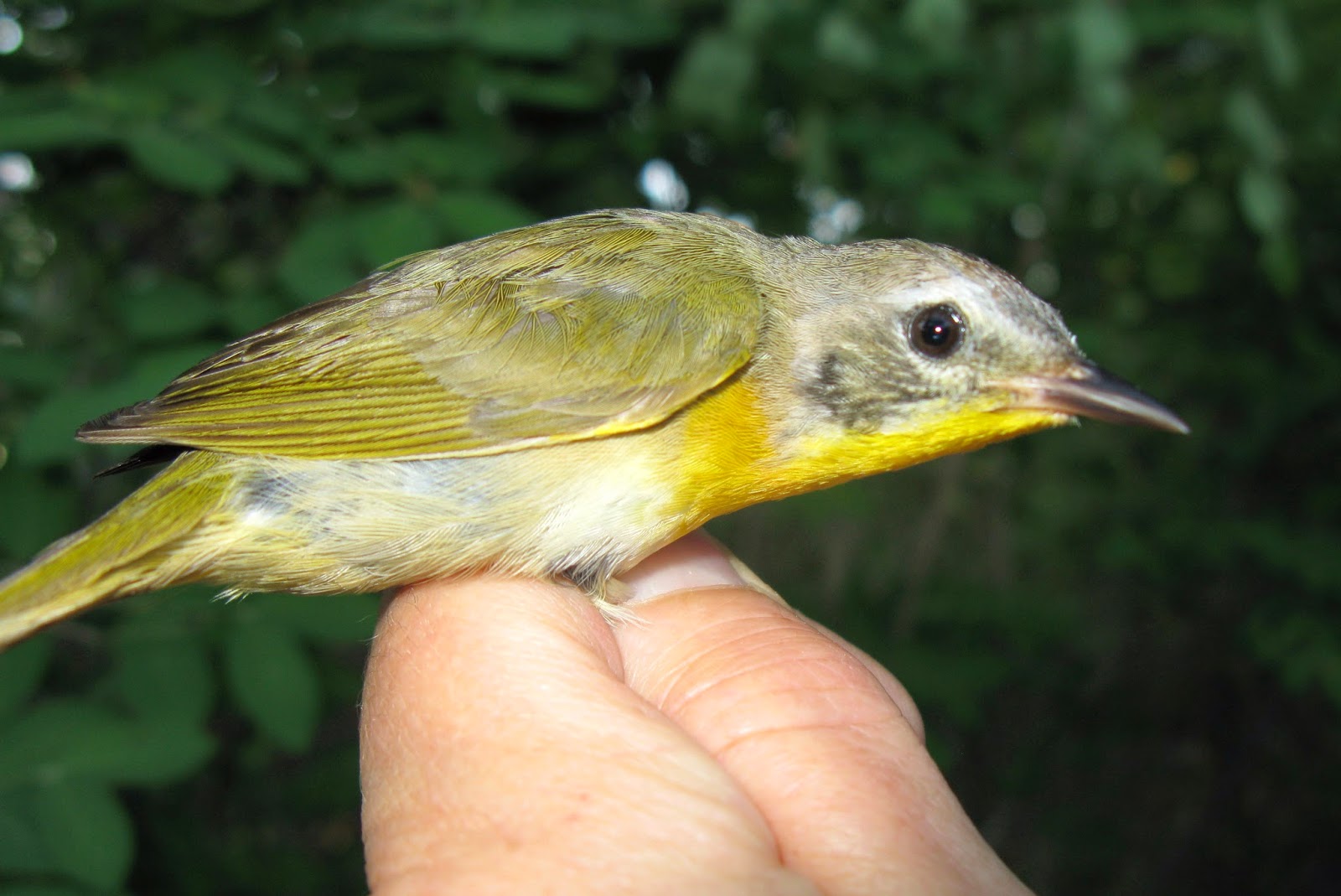 Seemingly out of nowhere, bobwhites were heard in the fields, we hadn't heard them before or after the 8th.  We even caught one! They really are beautiful birds. I took measurements and pictures just as I would do on our 'normal' birds but we aren't not allowed to band them so she was released. 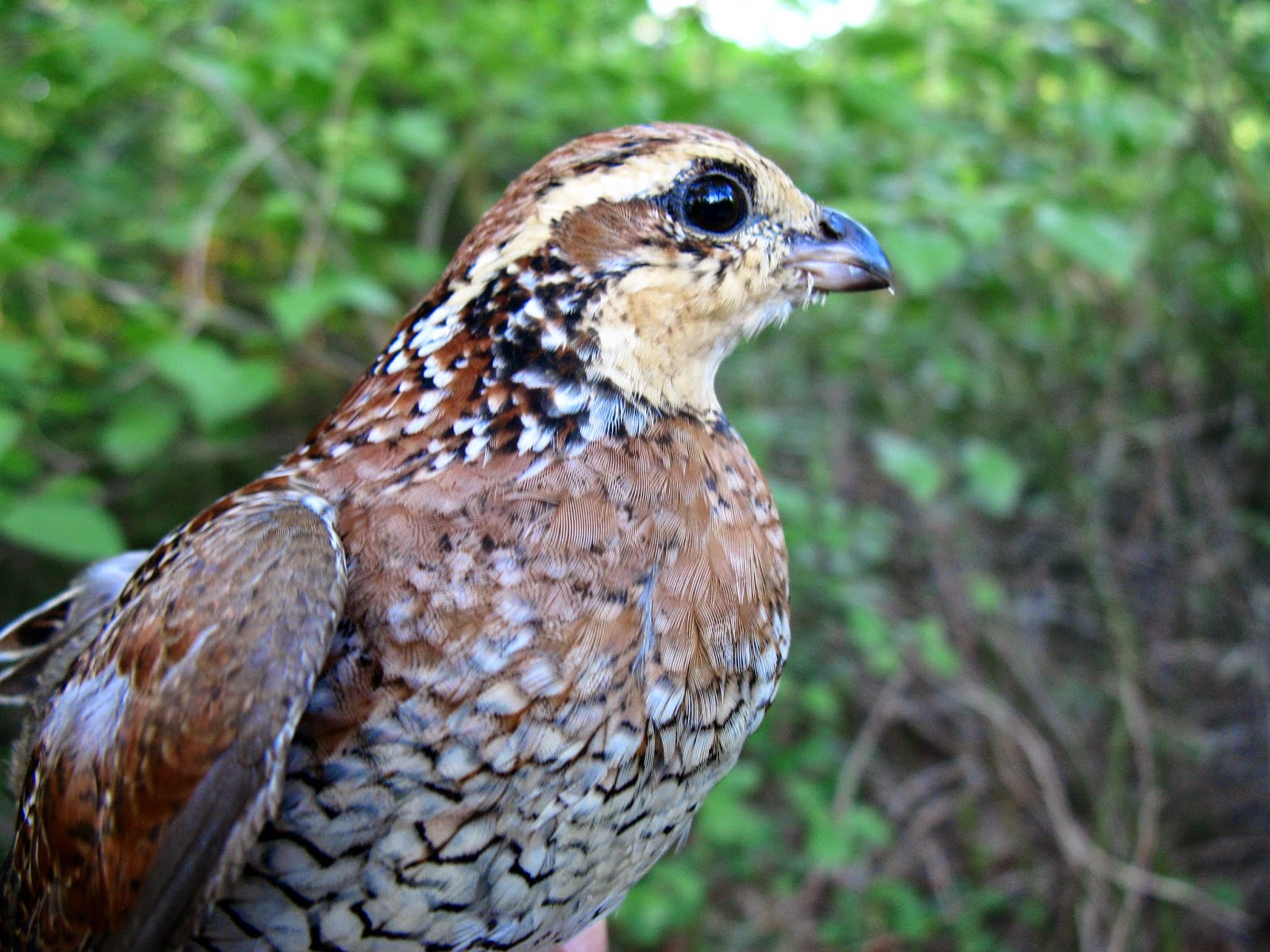 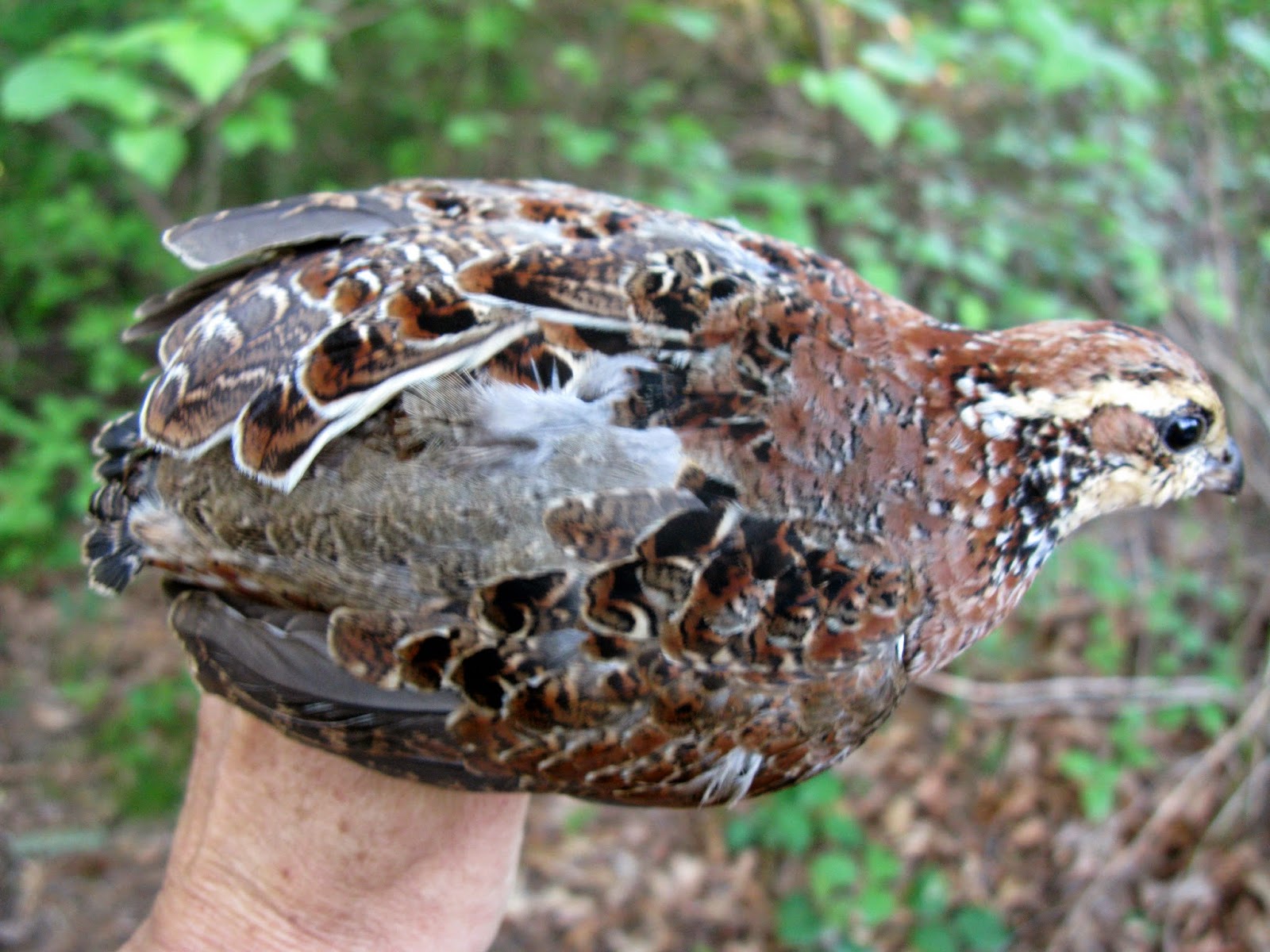 On the 12th, our last day for spring monitoring, we banded a SY femaleYellow-shafted Flicker with one red primary, probably diet related as that feather was growing in and not considered an intergrade from a parent mating with a Red-shafted Flicker. 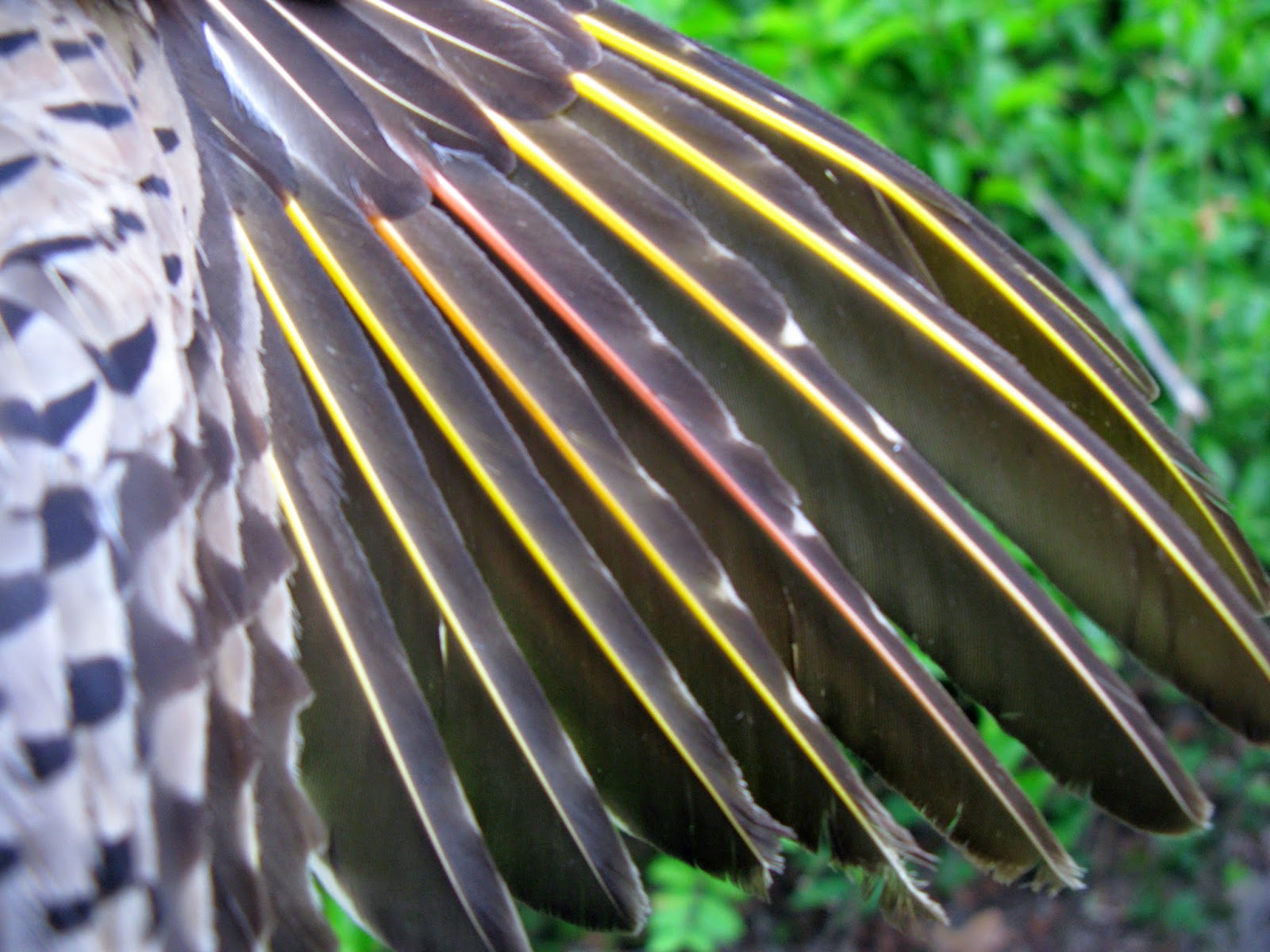 Our numbers started improving on 21 June when we had our first baby chickadees, Carolina Wrens, House Finches, and best of all, a young Barn Swallow. Large flocks of Barn Swallows had been traveling over the salt marsh during the week so it wasn't a surprise to finally capture one. Their tail notches are short until they molt (most likely on their winter grounds). 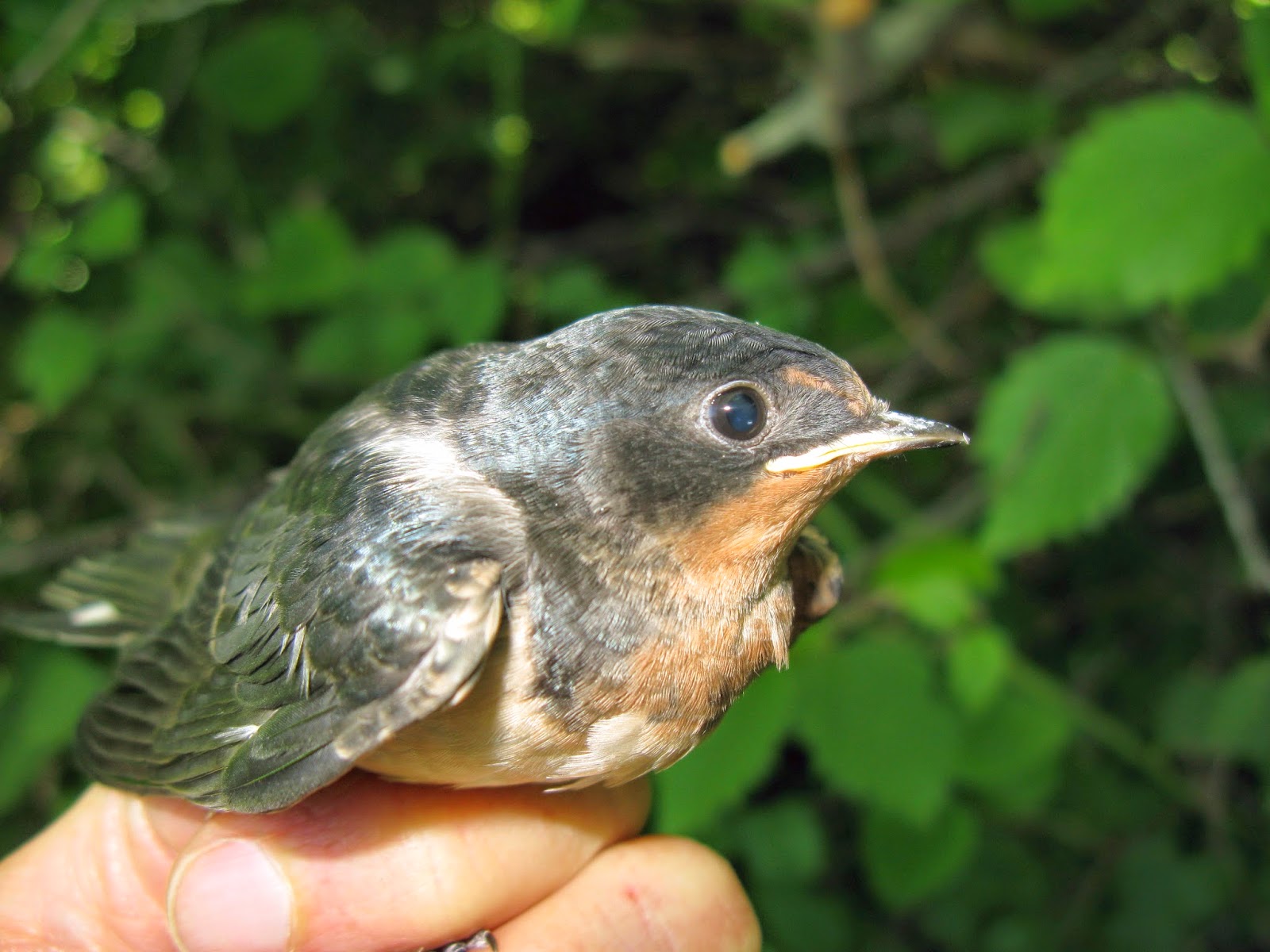 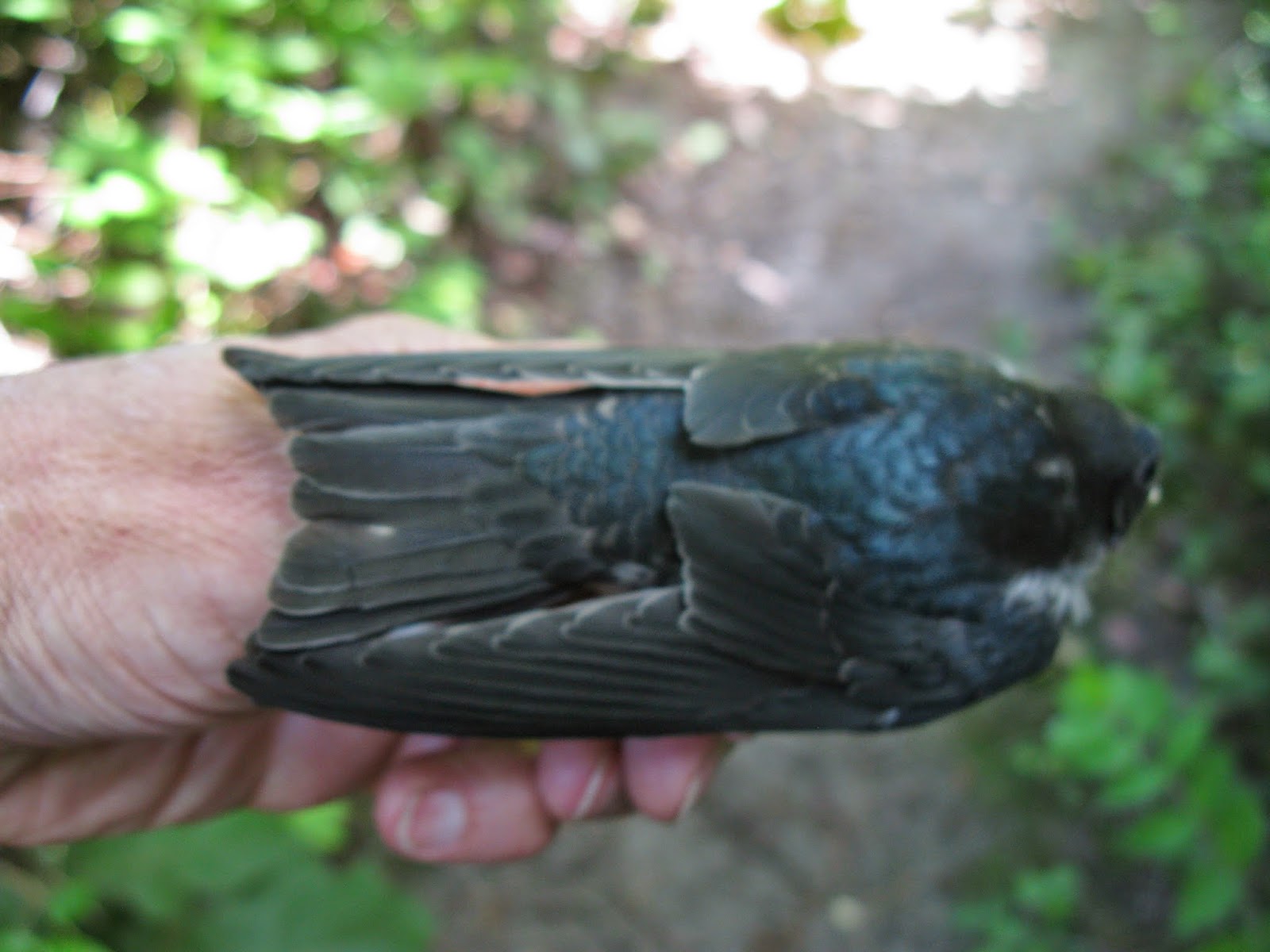 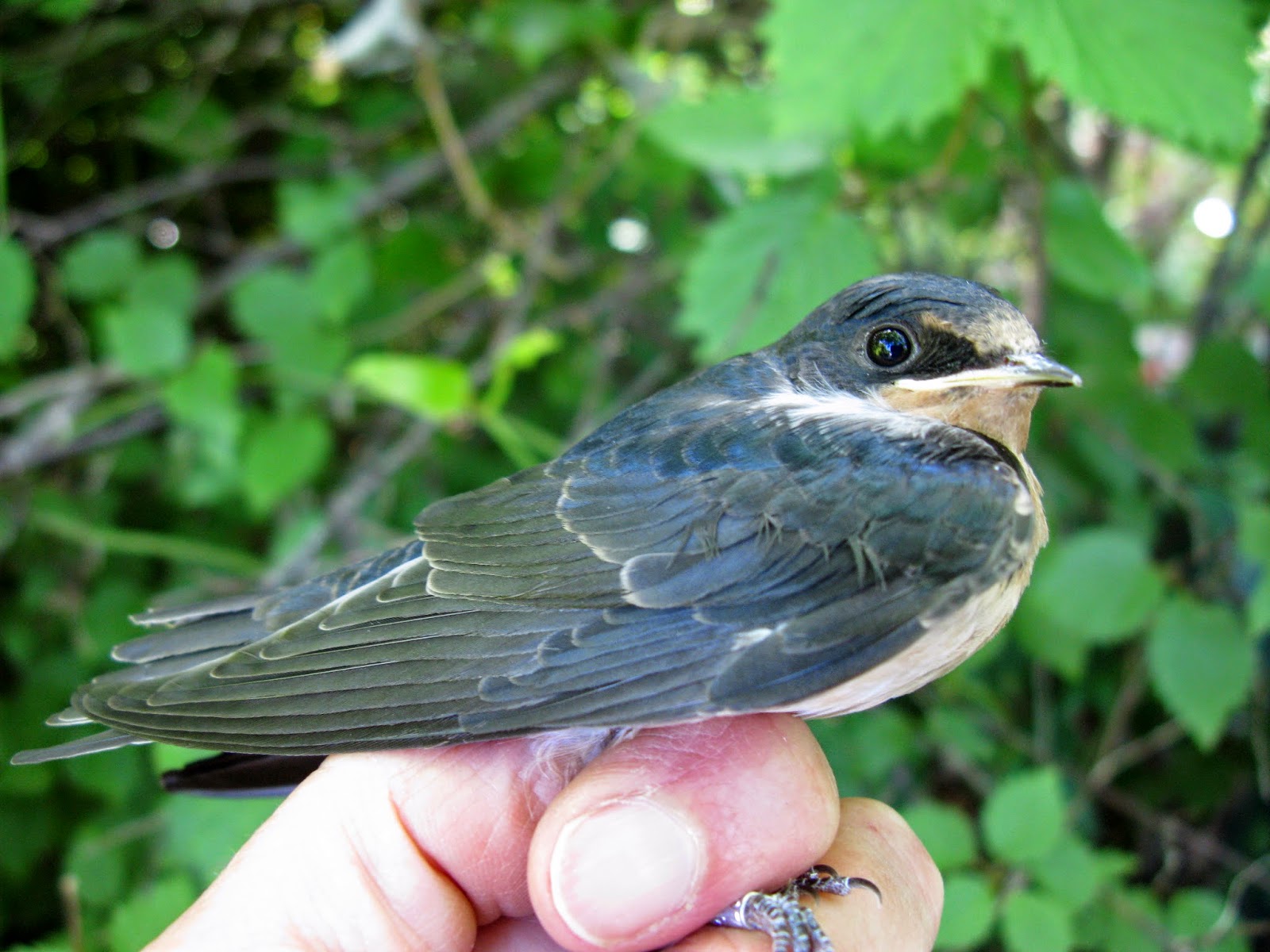 Robins were noticeably absent in June but we started seeing and hearing them more frequently by the beginning of July. We banded our first for the year on the 7th, an adult male. 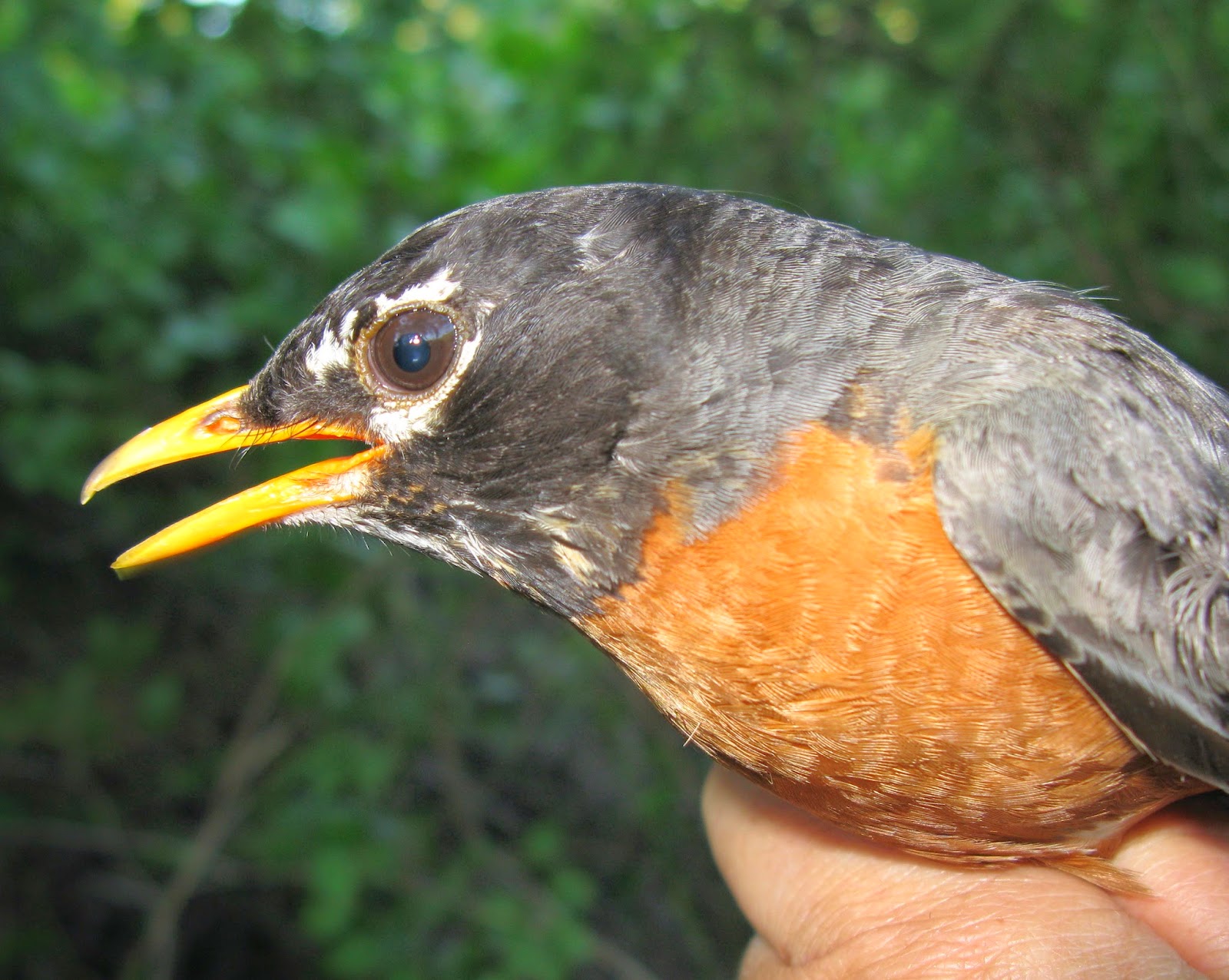 The Brown Thrasher had to be the best bird of the day. This was our first thrasher captured in summer and she had a full brood patch so she must be nesting nearby. 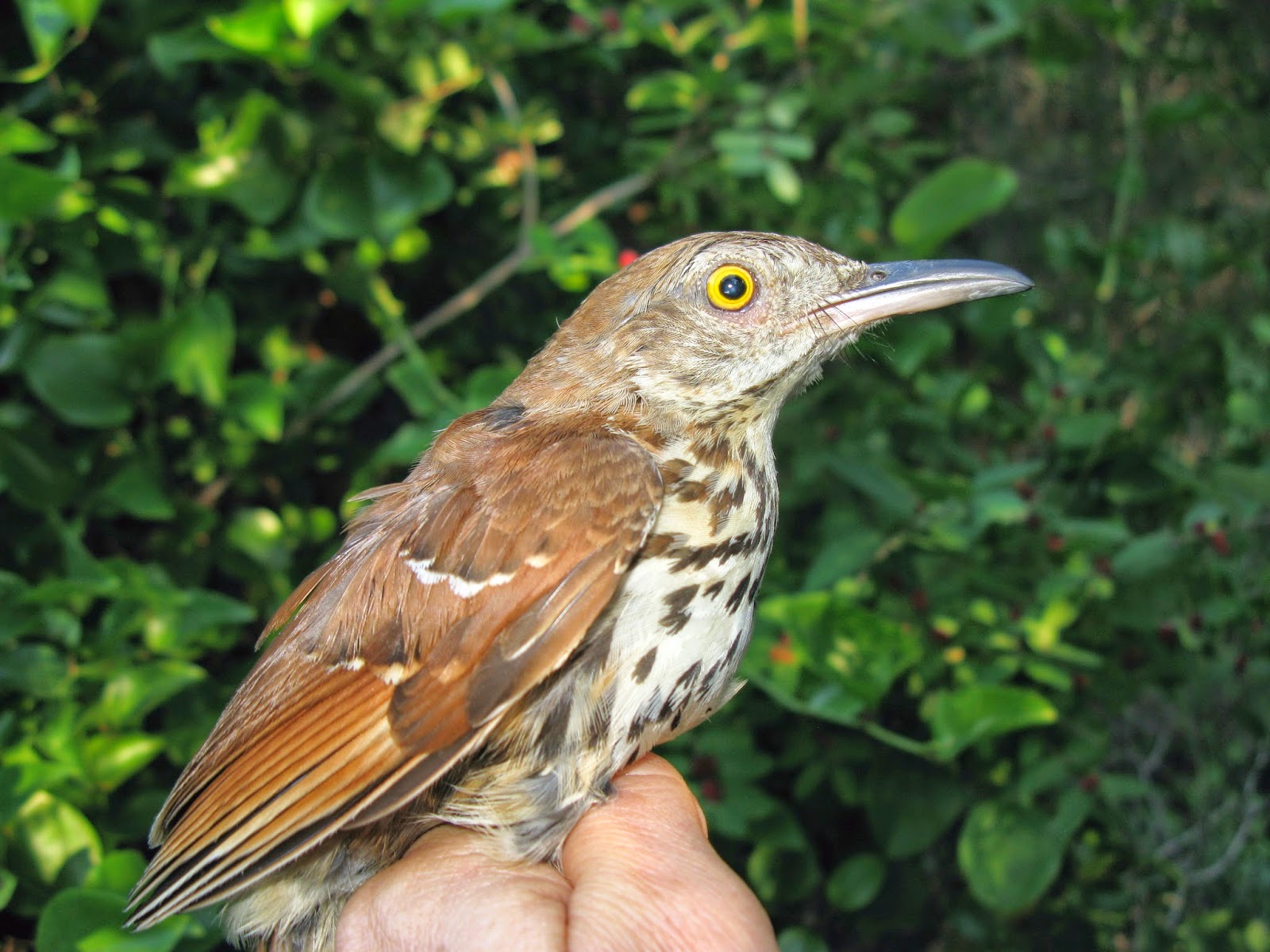 By 12 July the nets were hopping with birds with 92 handled including this young female Baltimore Oriole. 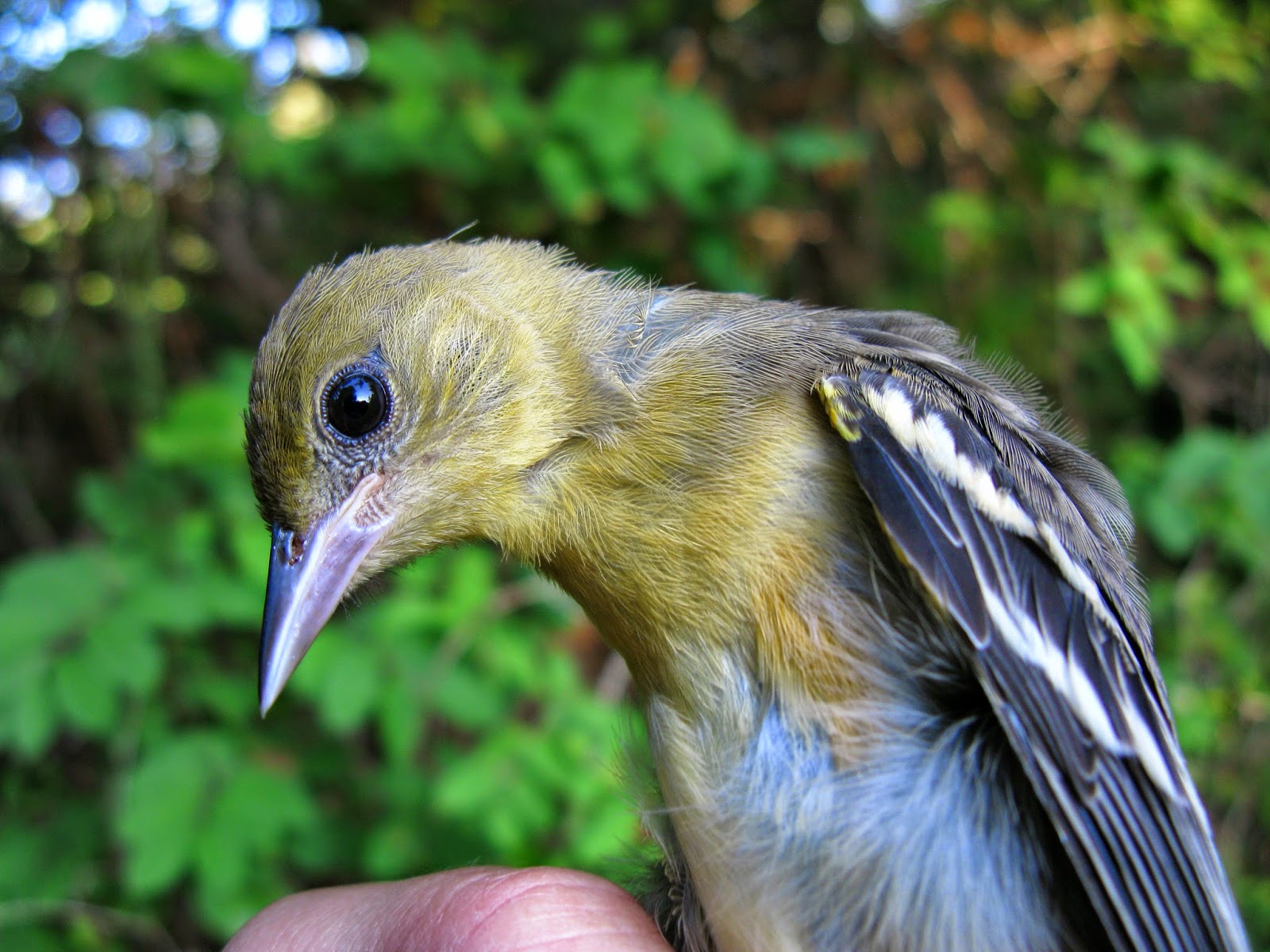 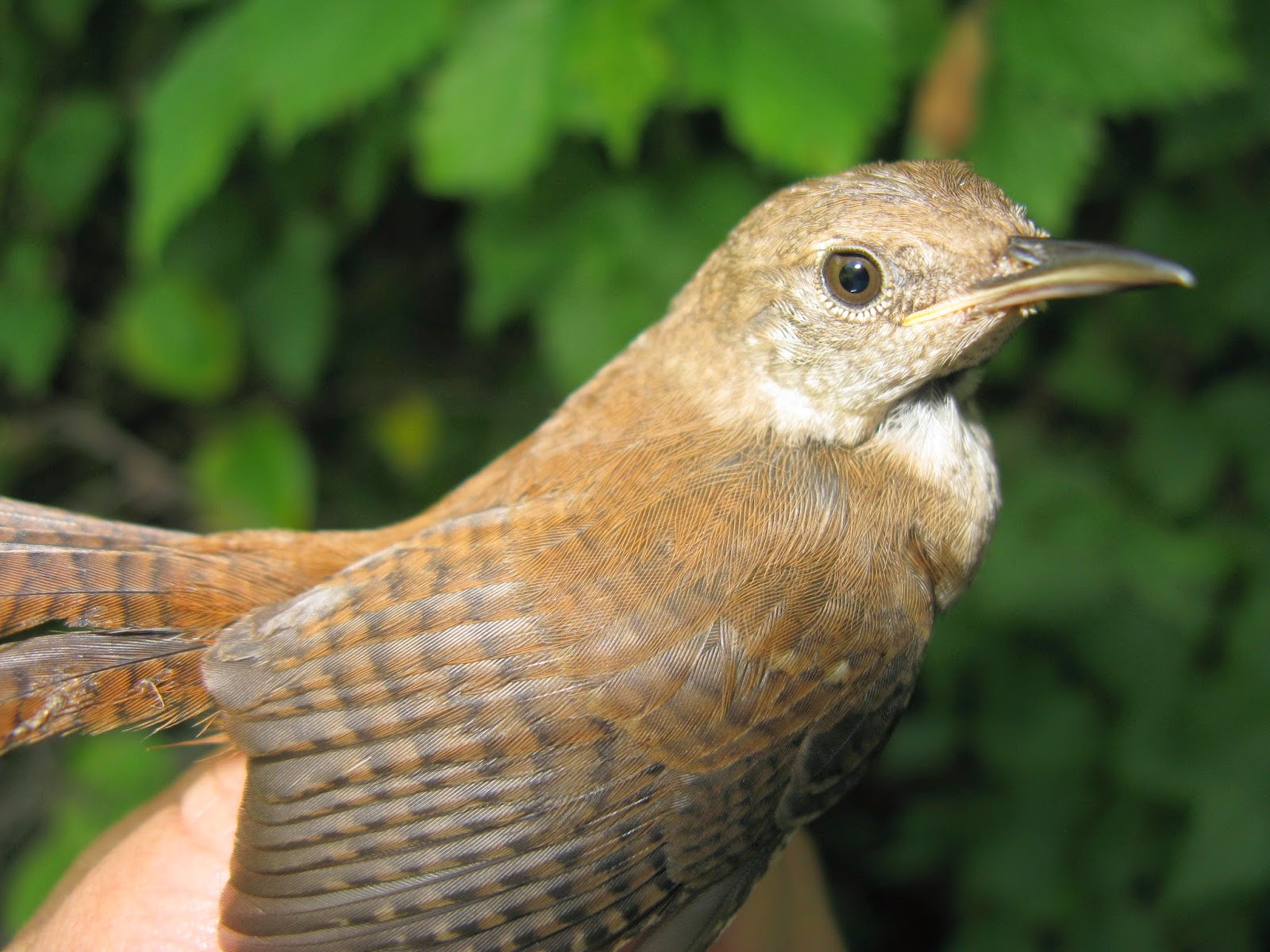 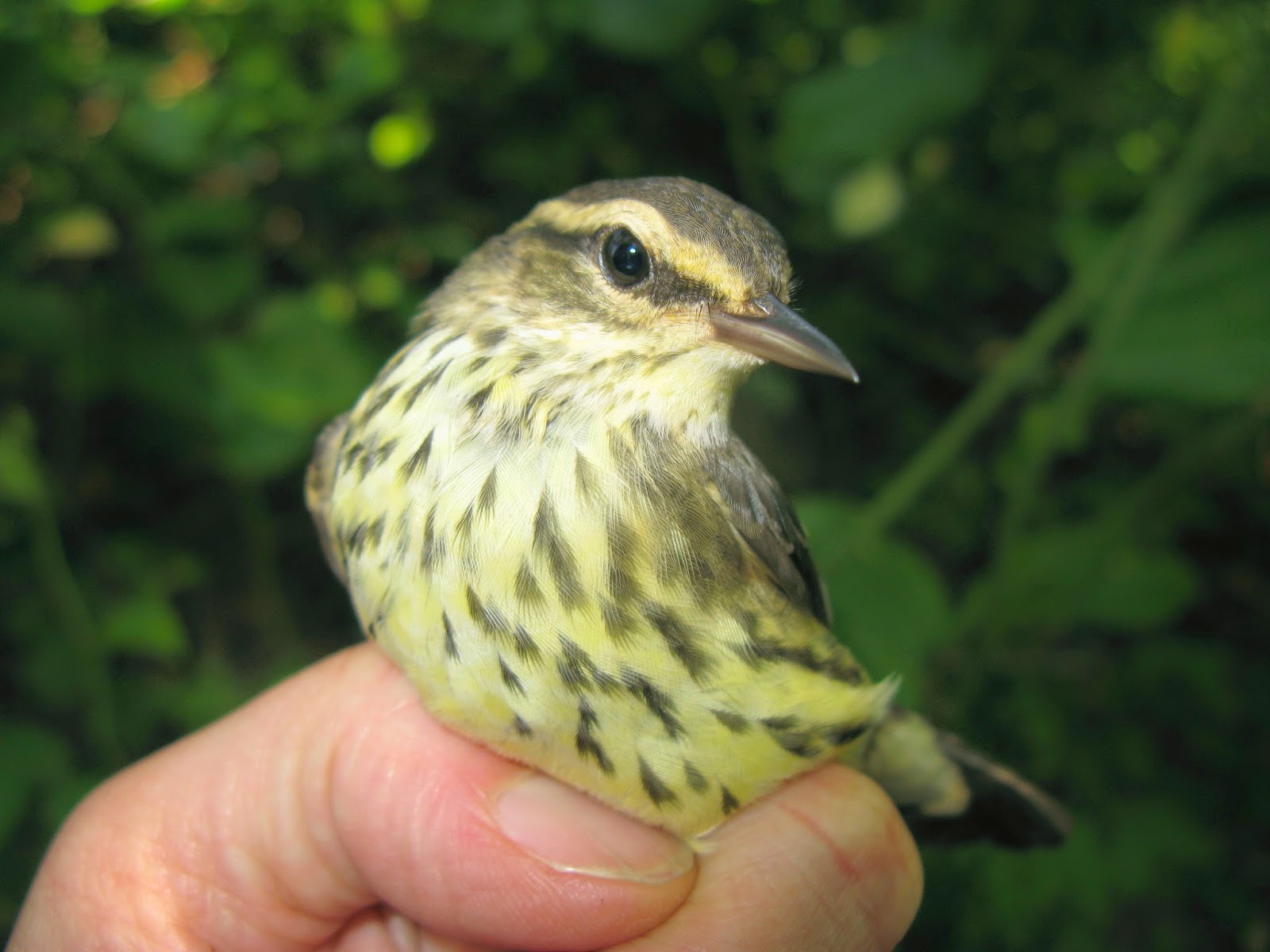 We were slammed with birds on the 26th but thankfully had loads of help not only band and go on net runs, but also to return young birds back to the net areas where they were found. I'd rather err on the side of caution if a young bird is still dependent on the parents. This young Hairy Woodpecker was old enough though to go off on his own as he was already molting his primaries. 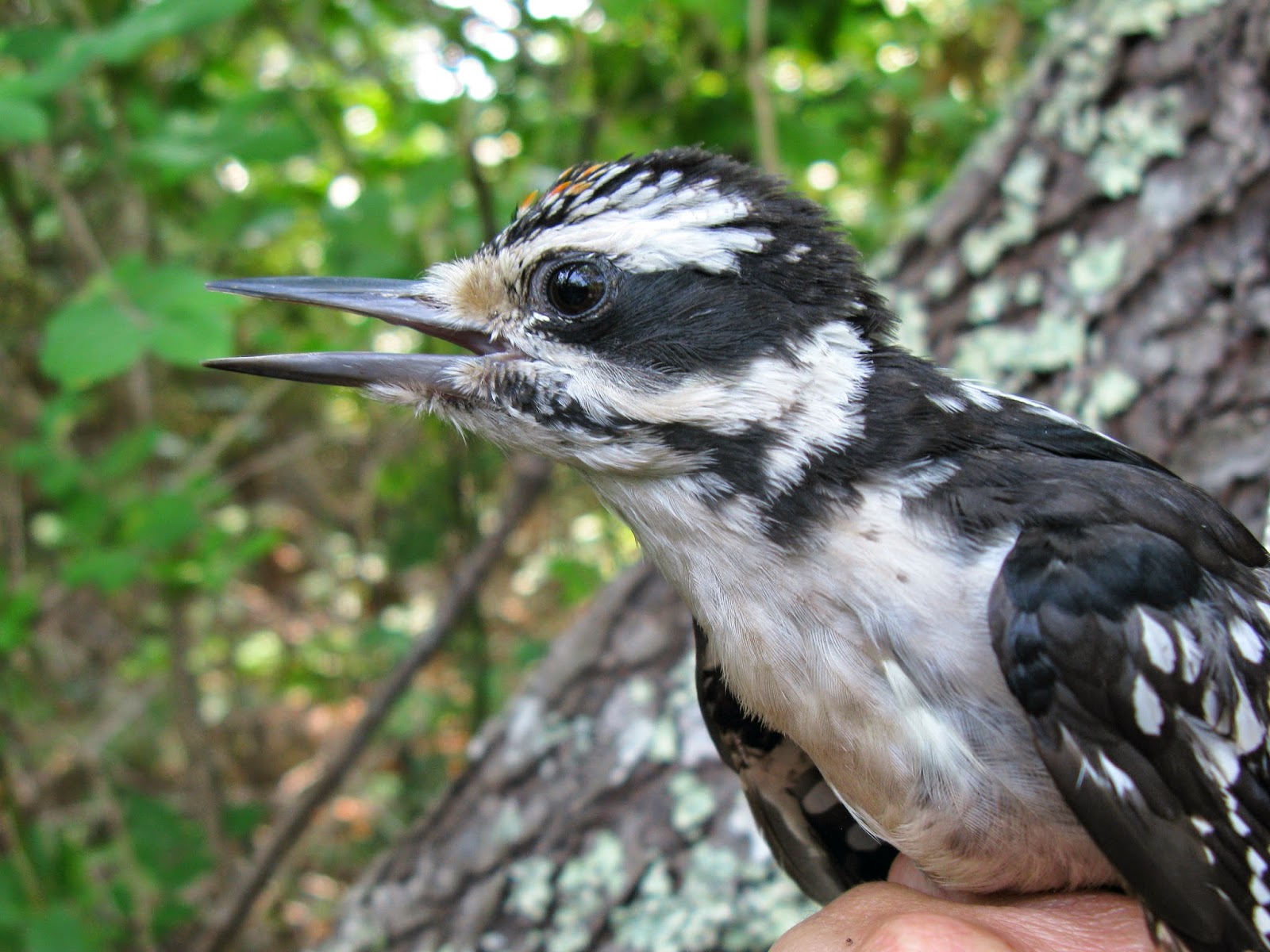