We got a late start opening the banding station this year due to the cold weather and other circumstances. But I was finally able to get out on 21 April for a few hours. What a beautiful morning it was! The air was crisp with temps in the 40's but the sun sure felt good after our long winter. The receding high tide brought an aroma of the sea around the island and it smelled wonderful! I was delighted that the first bird of the spring season was an ASY (after second year) female Pine Warbler. 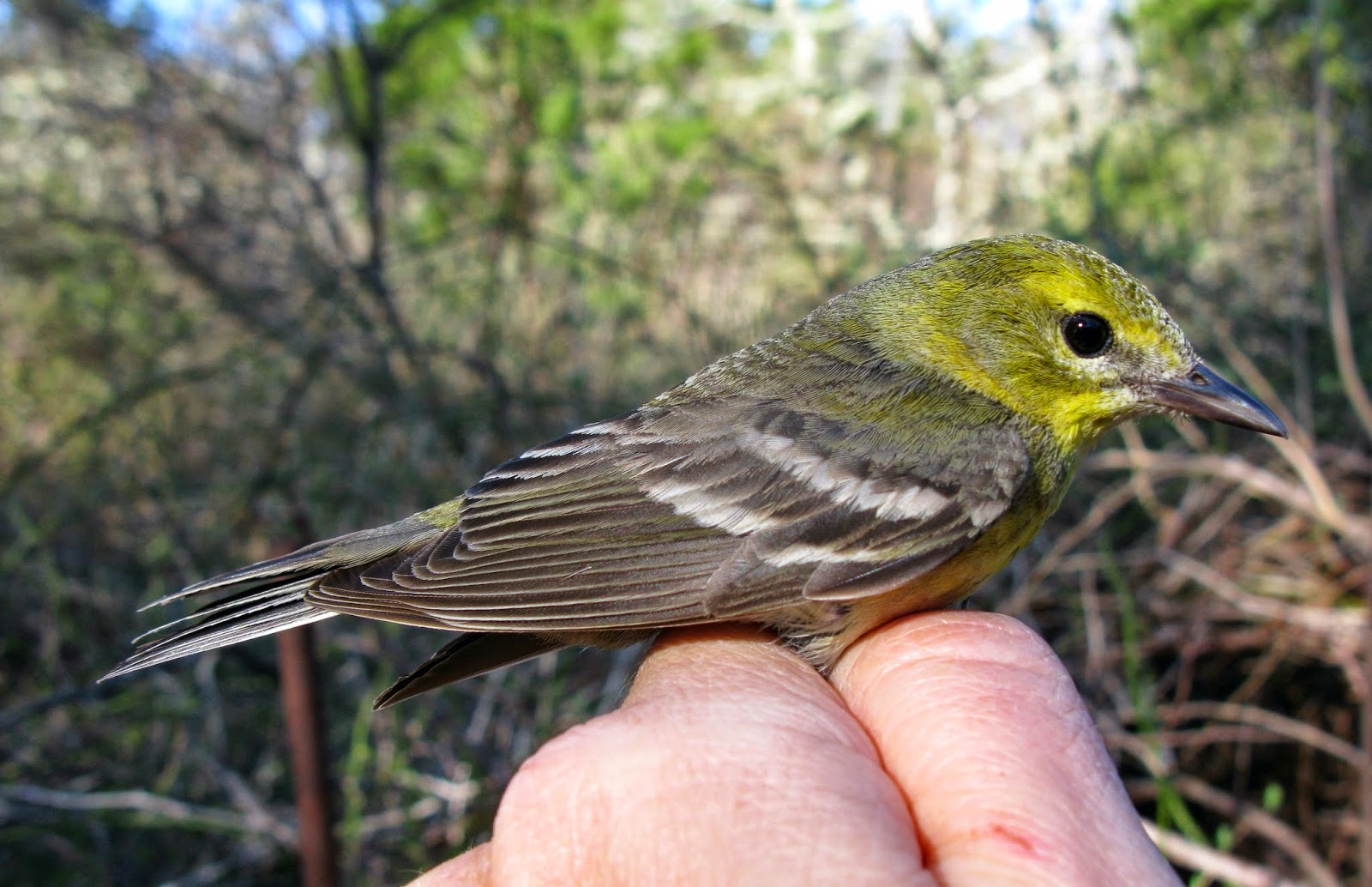 Pine Warblers do well on Cape Cod and some will remain through the winter. I had a pair coming in my yard for most of the winter to my suet and peanut butter mixture that I make. They prefer open pine forests and build their nests high in the trees.

Most of the goldfinch we capture this time of year are almost always in pairs and this day was no exception. Top photo is the female and the male is below. Their bills are still in the process of changing color, notice the brown tips. During breeding season their bills change to orange. 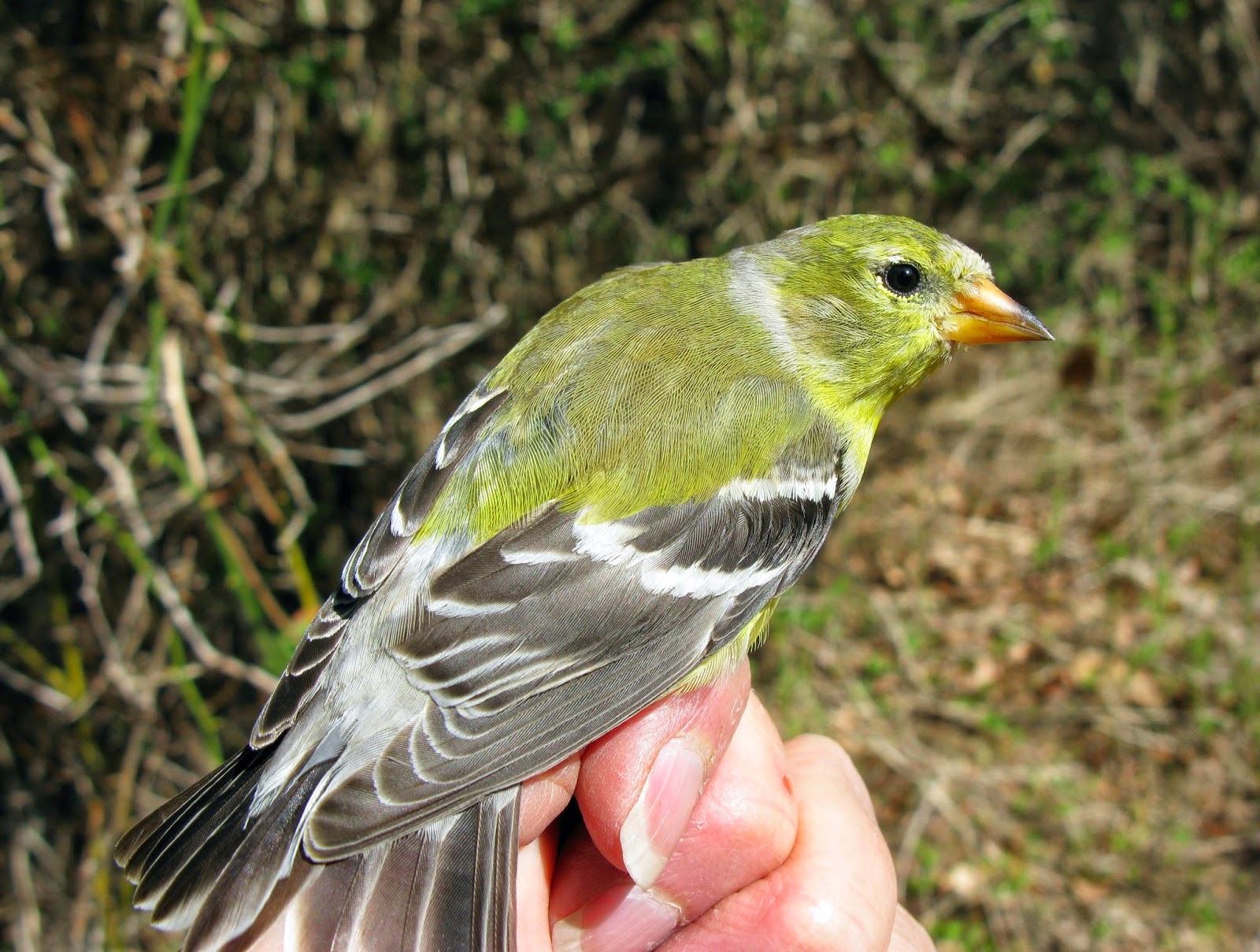 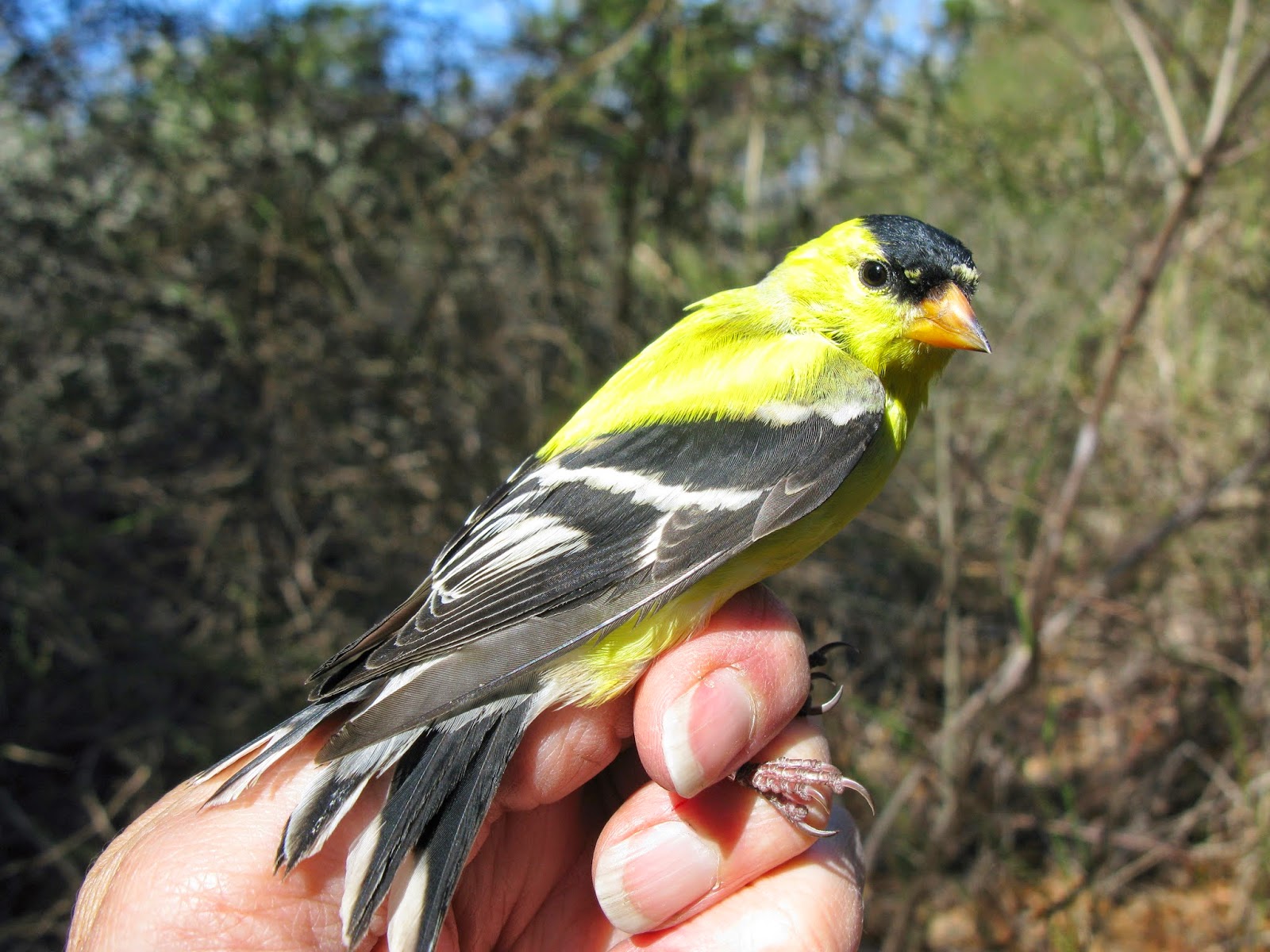 Both birds had a buffy edging to the carpal covert indicating SY (second year) birds, shown on the female. 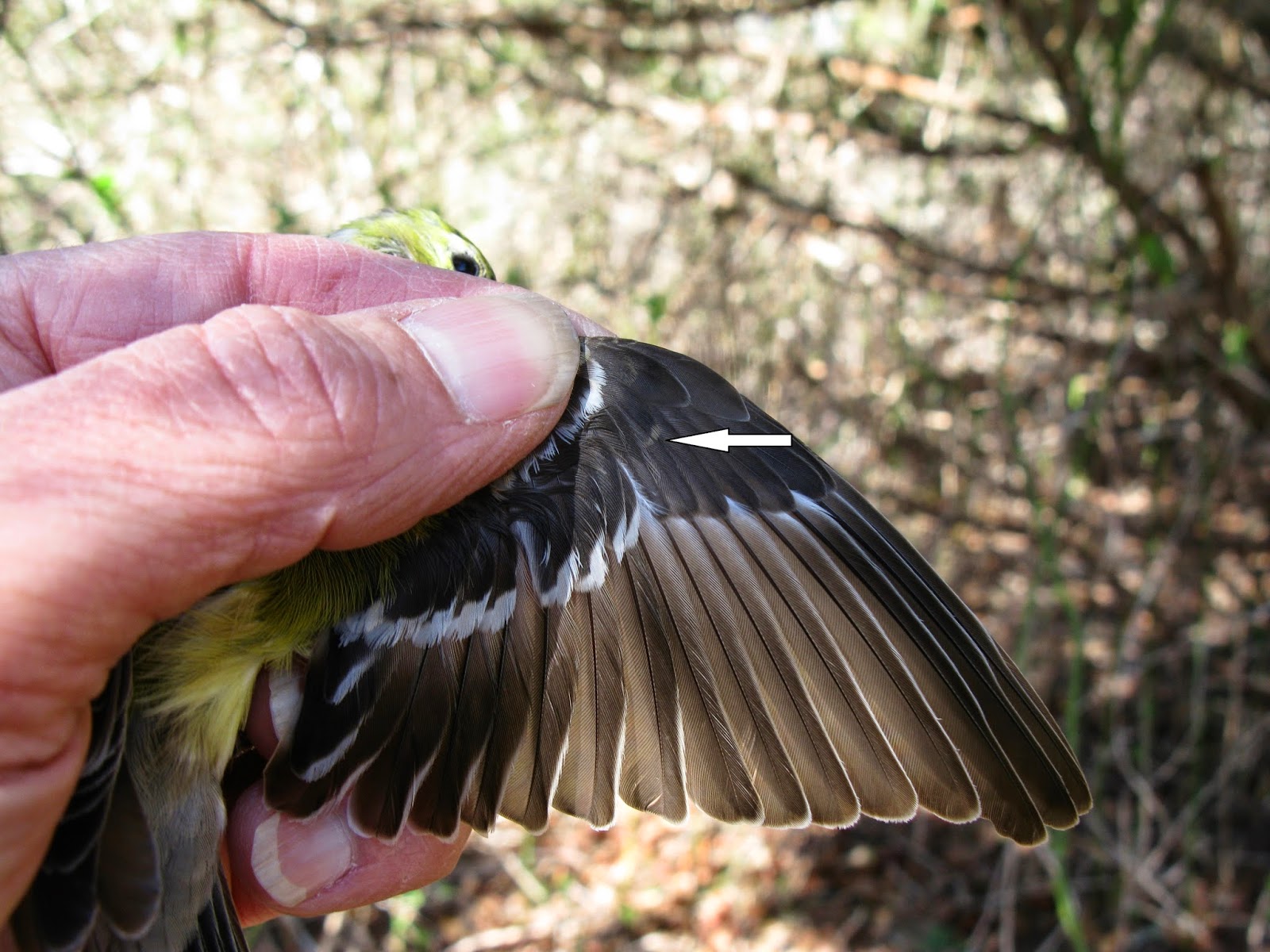 The male underwent a prealternate molt of his inner greater coverts. The replaced inner coverts are much darker than the lighter colored outer greater covs. The arrow points to the molt limit. I could hear flickers calling all over the island and finally captured one mid morning,an older adult male. 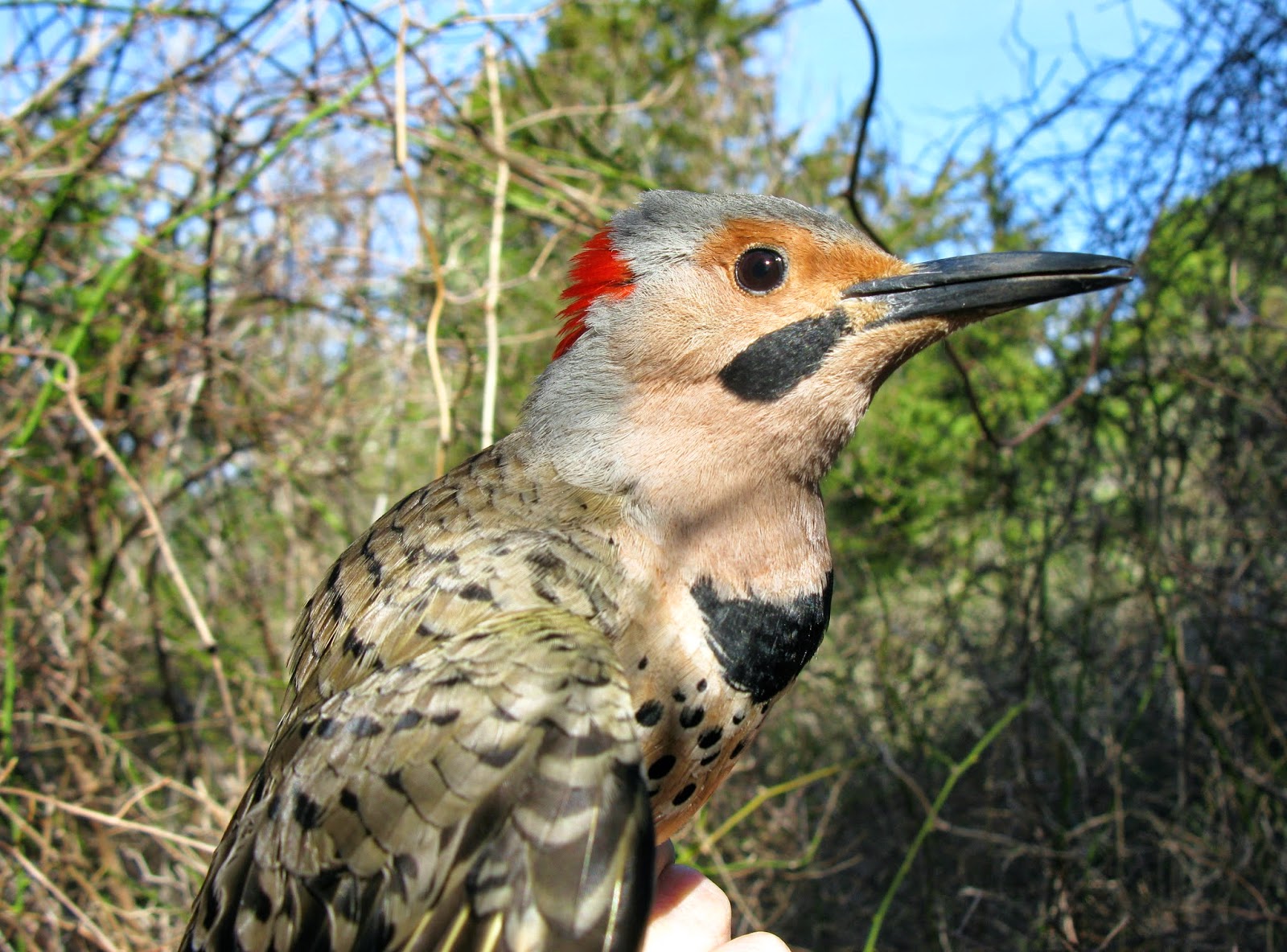 I honestly tried to get a good picture of a cardinal, it is so hard! But I just couldn't do it even going through all the painful pinches this lovely lady gave to me! 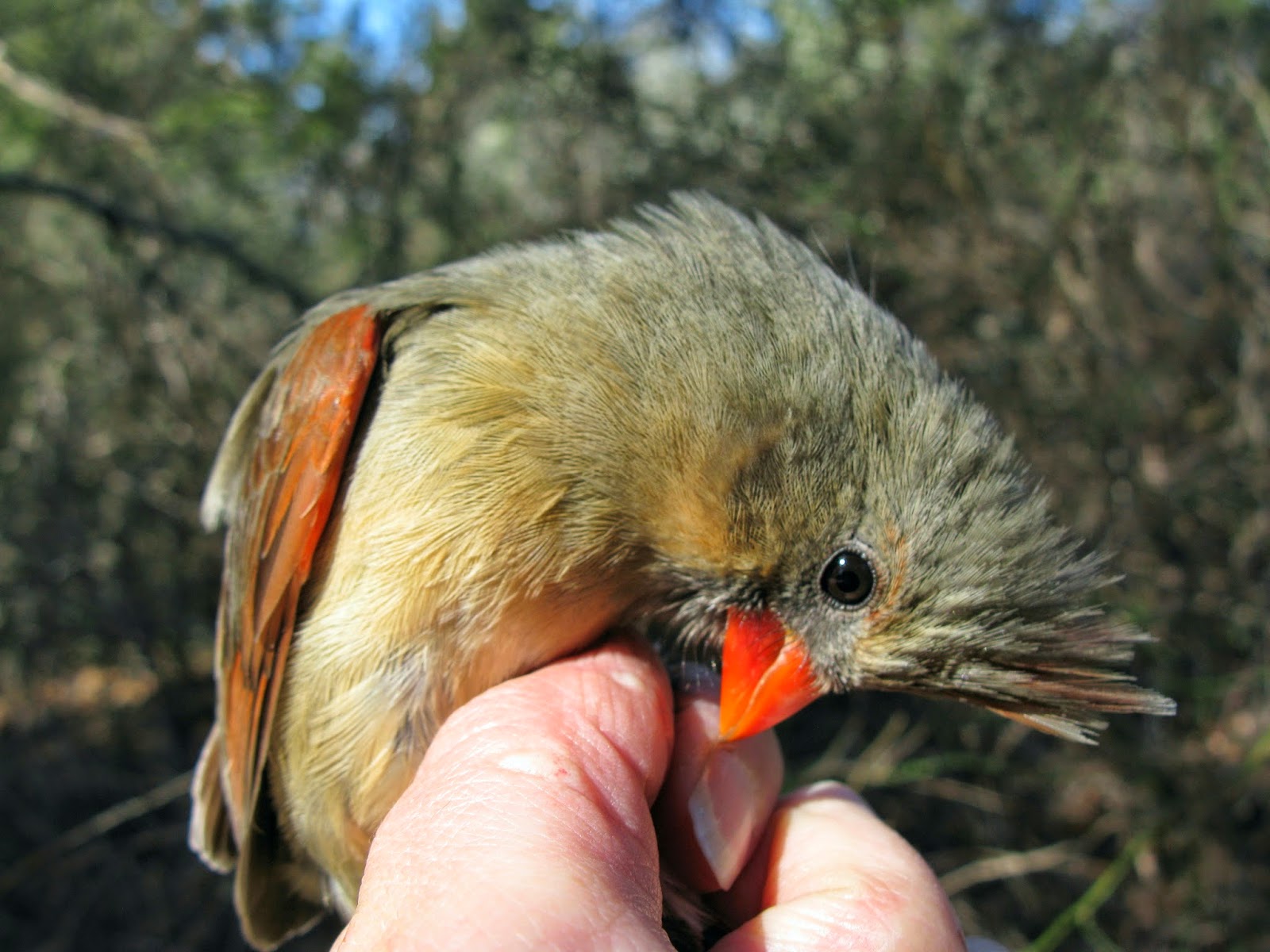 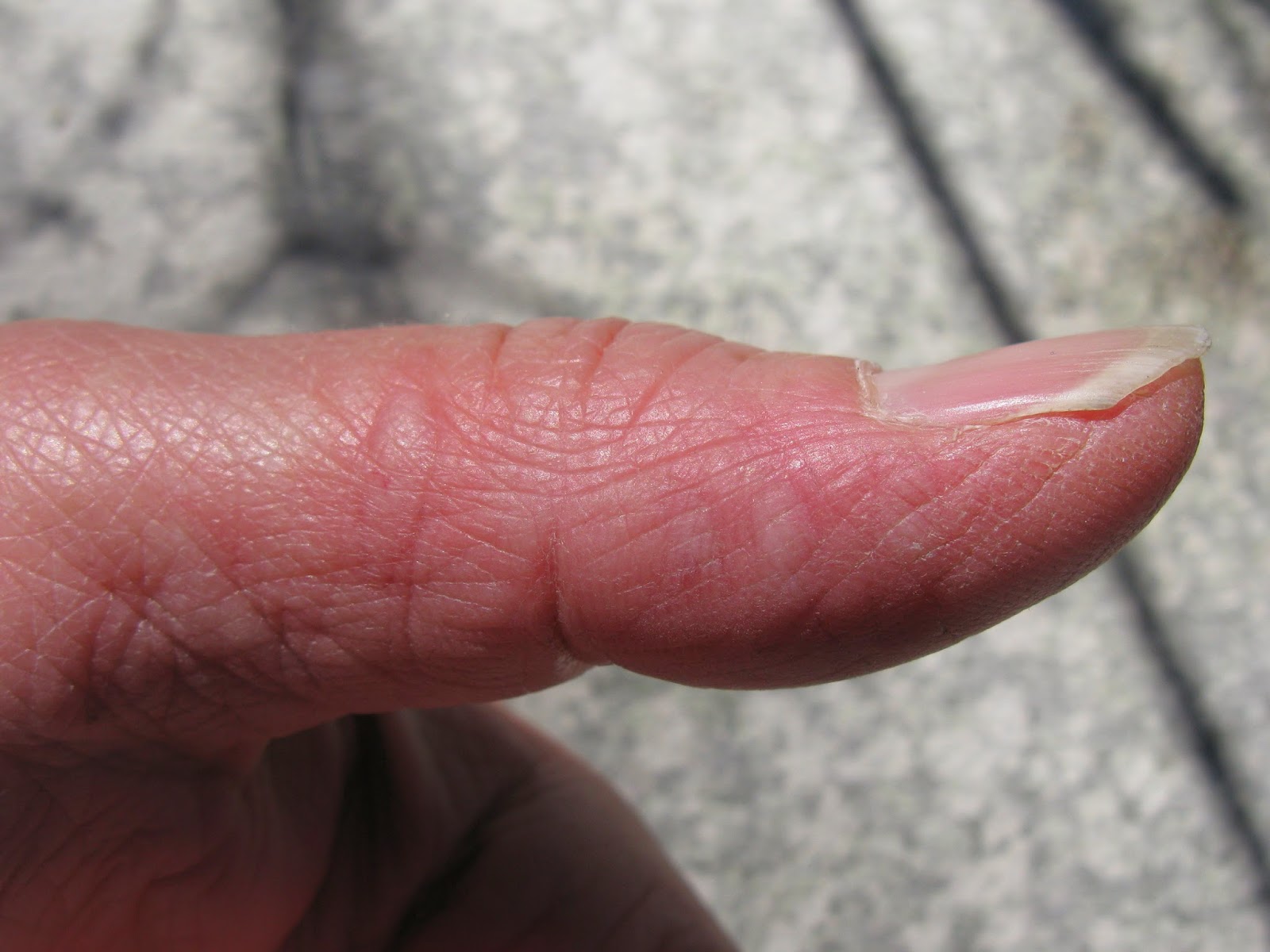 The next day brought birds in the Paridae family- chickadees 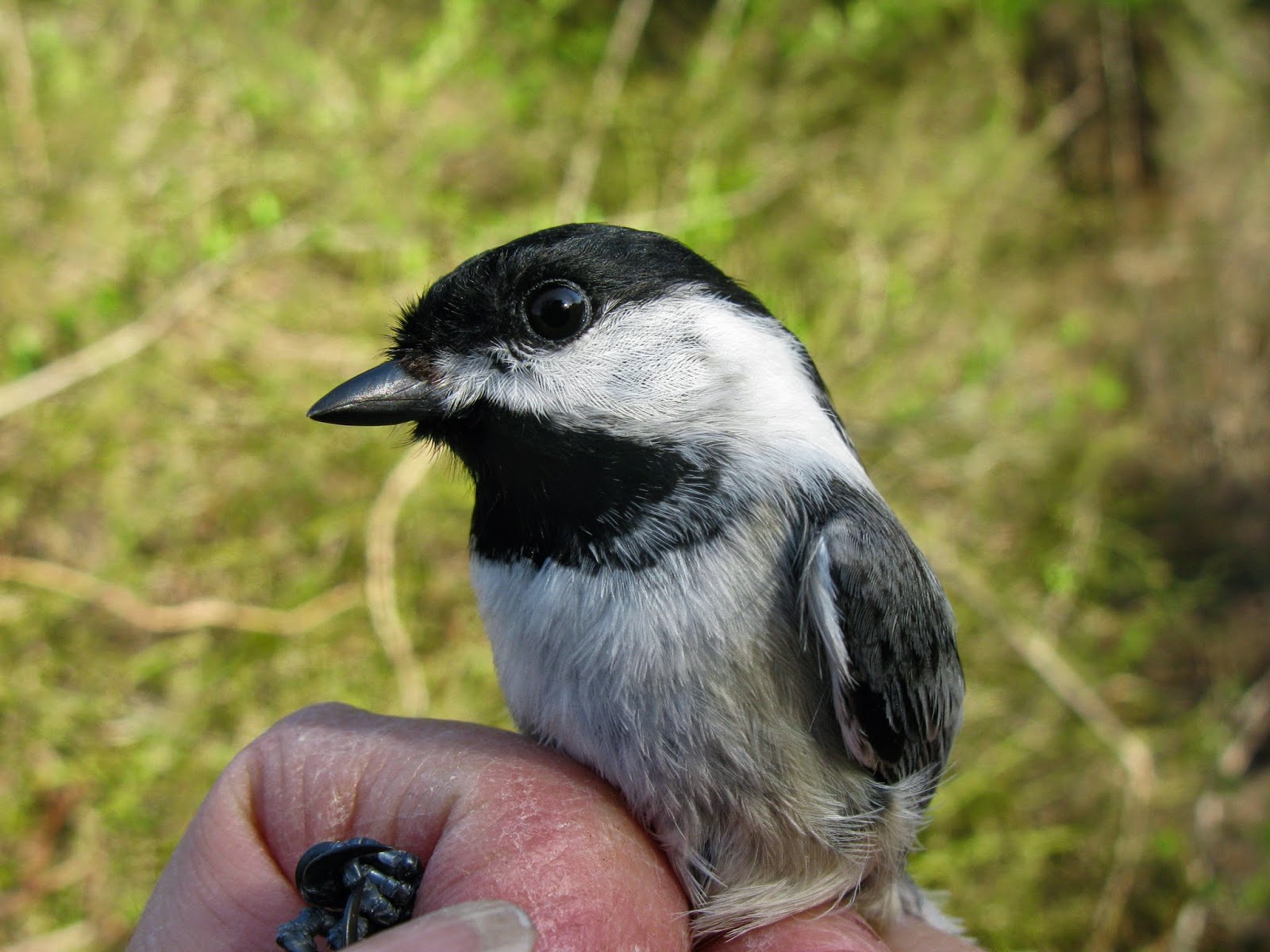 and titmice. Both of these birds love to hoard seeds by hiding them and in the bark of trees. 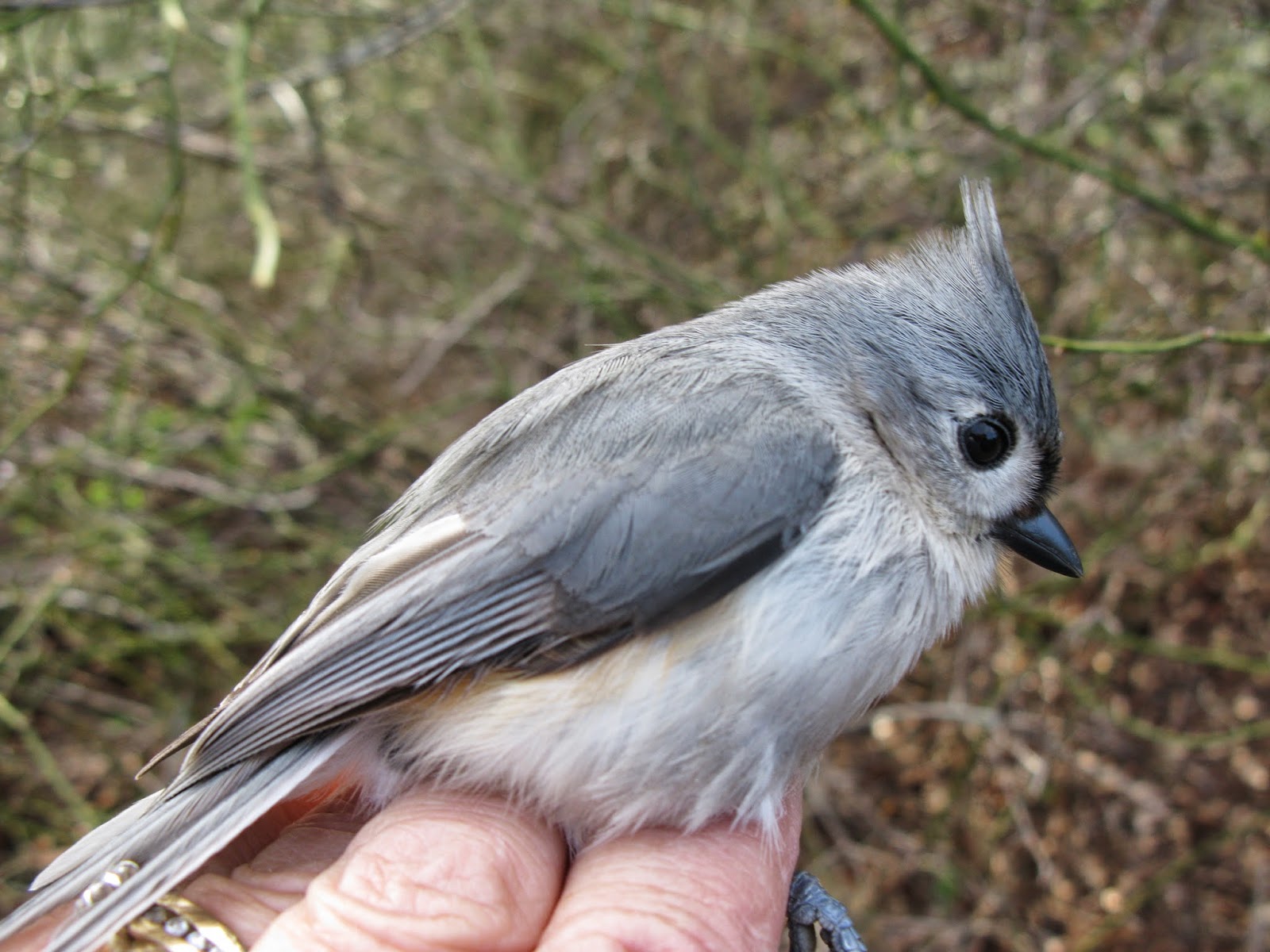 We also banded a male Eastern Towhee, a short distant migrant that winters in the southern part of the U.S. Female towhees didn't show up until a week later. 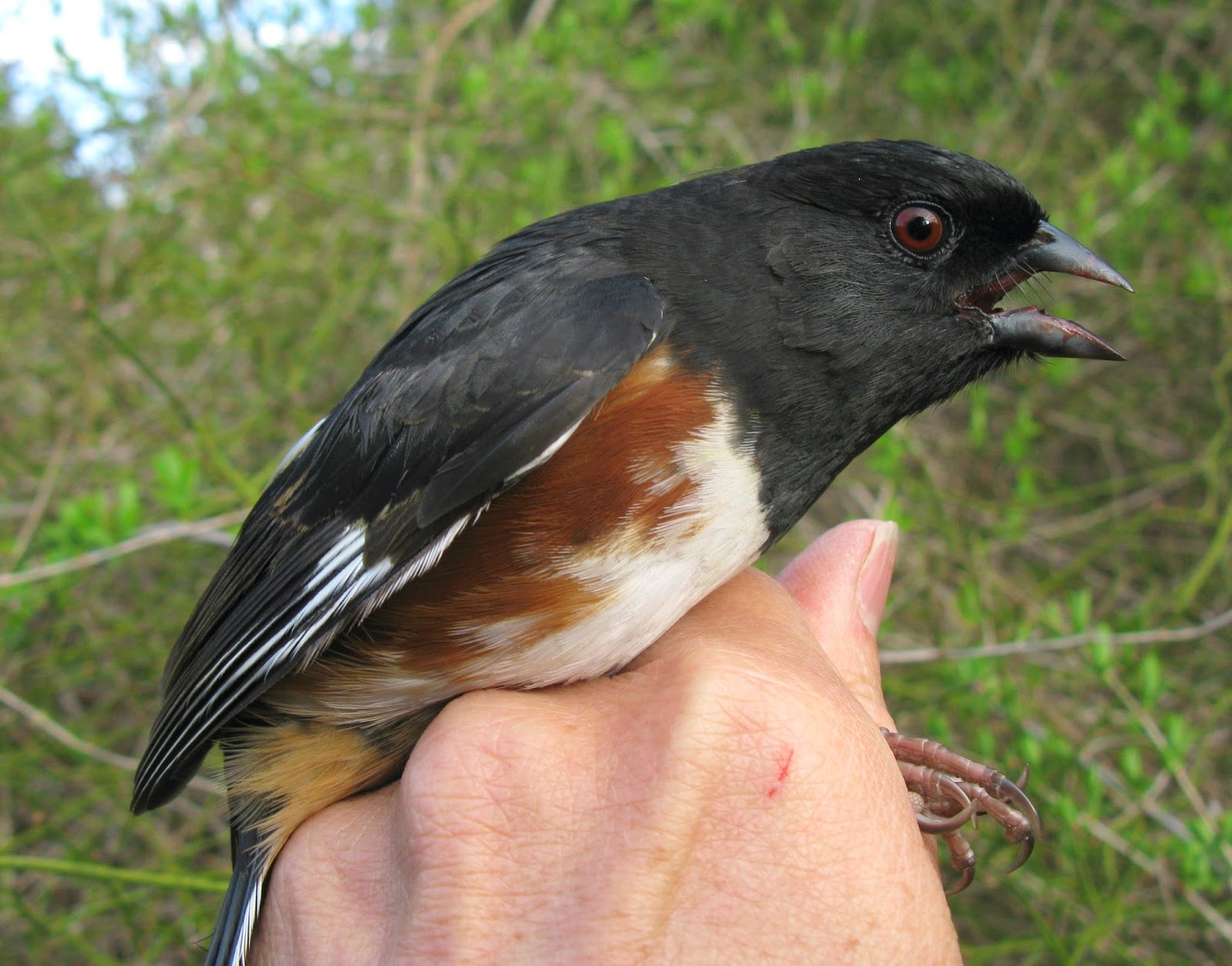 Song Sparrows can be found on Cape Cod all winter. We first banded this adult last October. 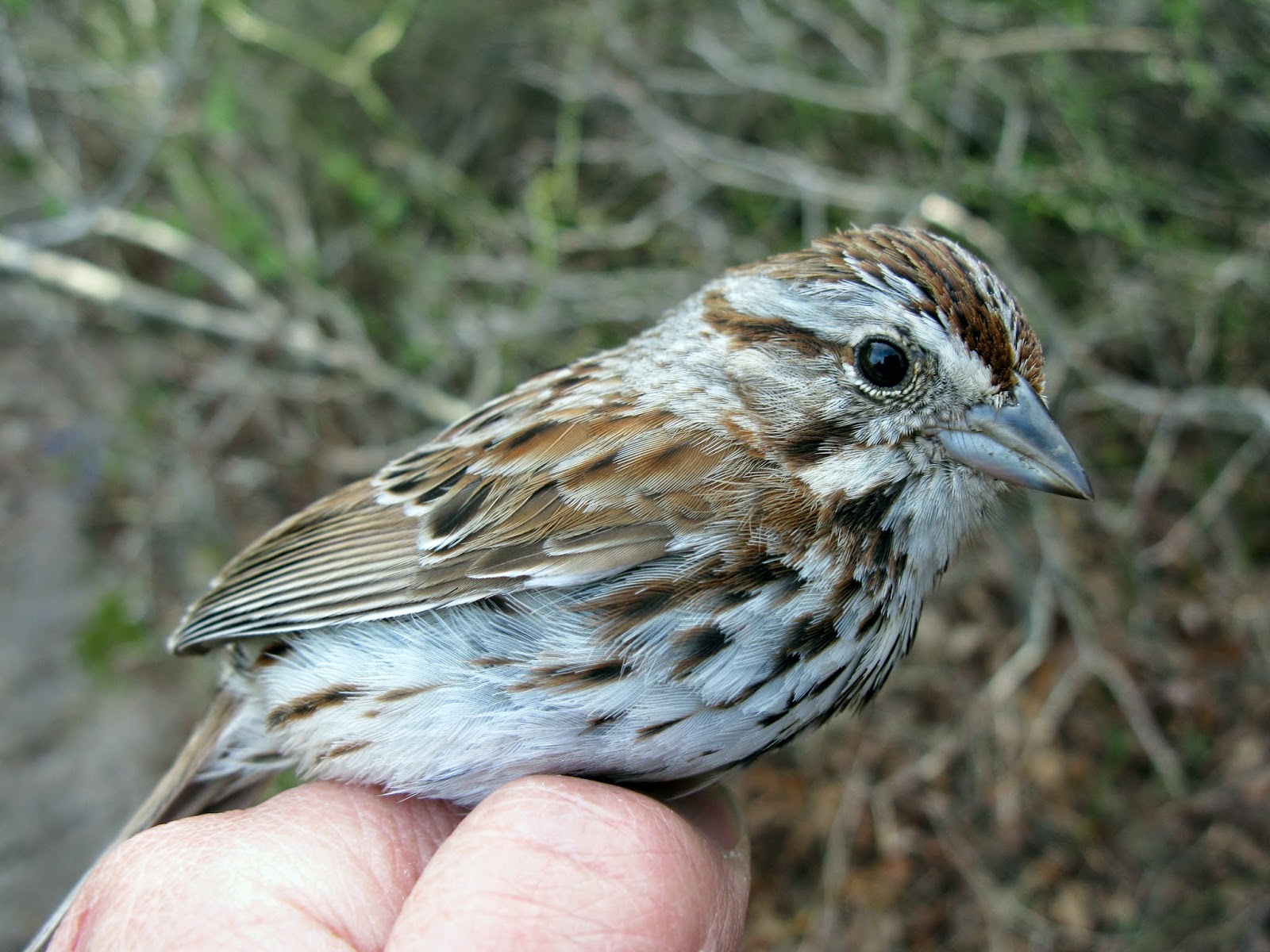 The favorite bird of the day was an Ovenbird! This was our earliest capture for this species since we first opened the banding station in 2000. 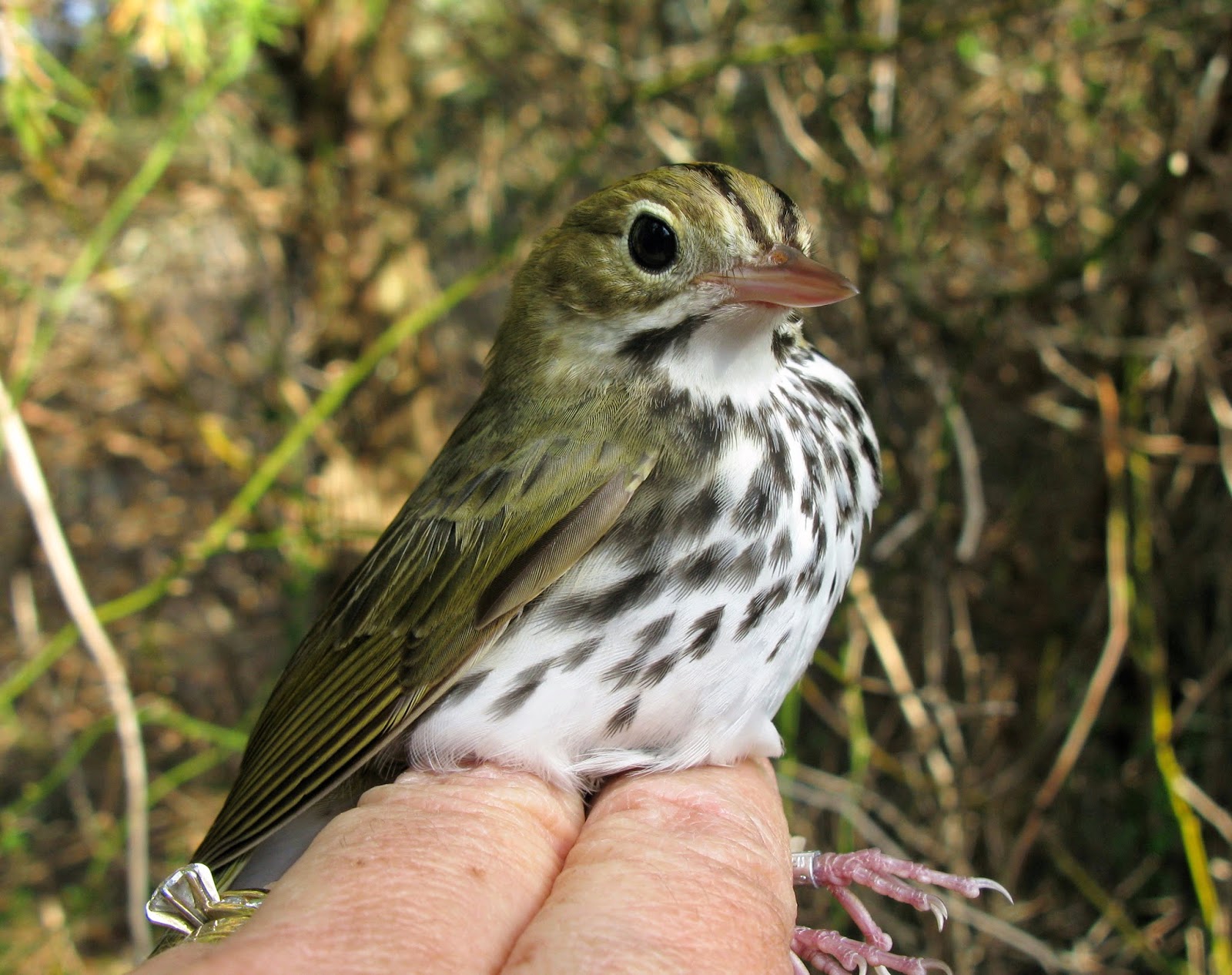 The following is a list of birds seen, heard or banded during this week: